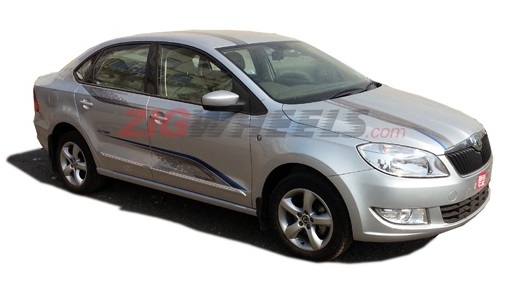 Skoda will launch a special edition of the Rapid sedan at the 2014 Auto Expo christened the Ultima Edition. On the outside the Rapid Ultima will feature strip of black decals on the bonnet, sides and on the roof. The car will also have the Ultima badging on the boot and on the rear doors. There are no other changes apart from the sticker job on the Rapid.

On the inside the car will get a two tone dash with lighter shades and a chequered theme with plastic ingrained around the air cons and centre console. Other features include two-tone leather seats, rear parking sensors with a reversing camera, Bluetooth telephony and climate control. 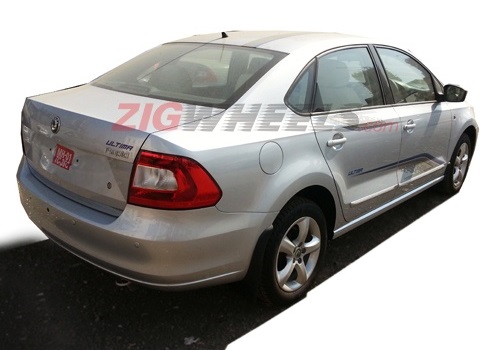 The Rapid Ultima will be offered on the 1.6-litre diesel engine with a 5-speed manual gearbox which develops 105PS of power and 250Nm of peak torque.

The special edition will hit showrooms in February and will be launched at the 2014 Auto Expo. The car will be priced slightly above the Elegance trim.

Skoda will also launch the Superb facelift and display the Yeti facelift at the 2014 Auto Expo.

SKODA KODIAQ SUV teased on SKODA India website. Skoda Auto India has listed the upcoming Kodiaq SUV on the official Indian website, under the ‘En Route’ caption. The KODIAQ SUV is expected to be launched […]

SKODA India will be launching the Rapid facelift sedan in the Indian market very soon. As per Autocar India the launch is scheduled to happen on the 3rd of November. The Skoda Rapid has been […]