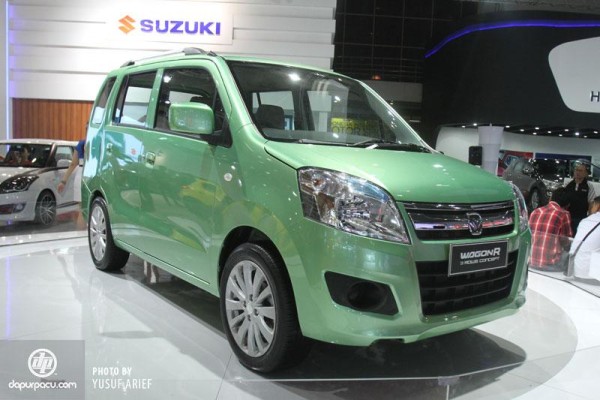 India’s largest car maker Maruti Suzuki is going to launch a slew of new models in 2016 and will certainly showcase its might at the upcoming auto expo. The company plans to a new model based on the WagonR which has been one of the best-selling models in the company’s portfolio. As per our reliable sources the WagonR 7 seater could be launched by March soon after the car is showcased at the 2016 Auto expo.

The sub-compact MPV (codenamed YJC or YCA) based on the WagonR platform was showcased as a pre-production prototype at the 2013 Indonesia International Motor Show.

The WagonR 7-Seater MPV is based on the same platform and is 101mm longer than the hatchback model. The proto-type of the WagonR 7 seater was imported to India in October 2015 for R&D purpose.

The WagonR 7-seater MPV could be among the first vehicles to be rolled out from the company’s upcoming Gujarat based facility which has finally got the nod from shareholders. The WagonR 7 seater could be made initially at the Gurgaon plant and once the Gujarat plant is ready the car could manufactured there and also exported to ASEAN countries like Indonesia, Philippines and Vietnam.

Engine options include the 1.0 K-Series petrol engine and 800cc DDis125 diesel engine also available on the Celerio. Maruti may also offer the car with CNG fuel option at a later stage.

The Maruti Suzuki WagonR 7-seater will be priced around Rs. 80,000 more than its hatchback sibling, and compete directly with Datsun GO+ – the country’s first sub-compact MPV.

The company may also introduce an AMT-equipped version similar to the hatchback model.

The WagonR MPV will help Maruti more buyers who want a small MPV and have a limited budget. The car will be positioned below the Ertiga and will find good buyers in the fleet segment considering the popularity of WagonR.