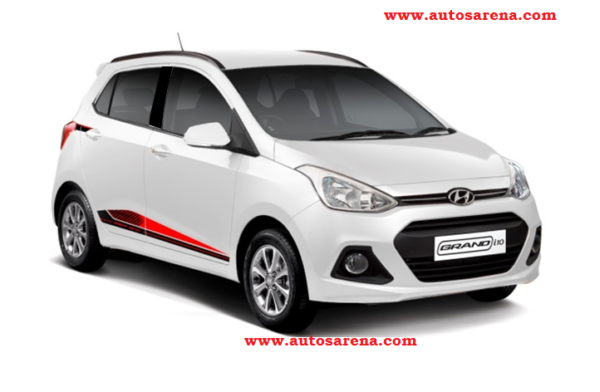 As a part of commemorating 20 years of Foundation in India, Hyundai recently launched the Xcent Special Edition and will now introduce the Grand i10 Special Edition.

The vehicle will be available in “Sportz” Trim with both petrol and diesel variants, in pure white color option. There are no other changes to the car.

The Grand i10 has been a very successful model and has been selling over 10,000 units per month. The car could be priced about Rs. 10,000 above the standard Sportz trim and will be available in limited numbers.

Hyundai to launch Grand i10 on the 3rd of September

Hyundai India just revealed its all new small car for the Indian market a few days back. The South Korean car maker will launch the all new Grand i10 on the 3rd of September in […]

Hyundai prepares Grand i10 facelift to take on the new Swift launch in 2017. South Korean automaker, Hyundai has been working hard to increase its market share. The company which has been concentrating on premium […]

A local dealer in Mumbai seems to have been inspired by the new trend of Dual tone exteriors and have created a  Grand i10 Dual Tone. The car is based on the top Asta model […]