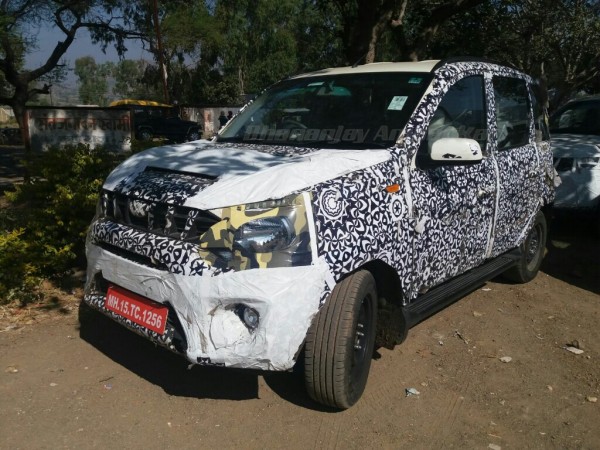 Mahindra has been testing the Quanto facelift also rumoured to be called as Canto for quite some time. The official launch is confirmed for 2016 Auto Expo. The Quanto Facelift (Canto) has been clicked by Dhananjay Amberkar which gives a fair idea of the front facia and overall changes.

The front is designed with an aggressive stance to resemble a SUV and will not have any resemblance of the Xylo MPV. The Quanto (Canto) gets new headlamps with LED day time running lights, new front grille similar to that found on the XUV500 and KUV 100, new design front bumpers and revised tail lamps. Other changes include new set of alloy wheels and color options. 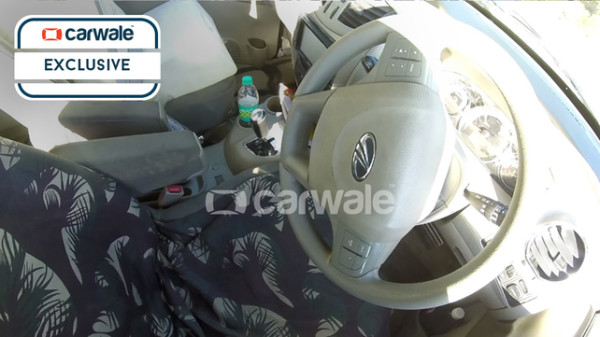 The interiors also get upgrade with new materials and beige upholstery. The facelift will also get a new steering wheel with audio controls, touchscreen infotainment system, black centre console, new dials for the instrument cluster and voice command.

The overall dashboard and interior design remains unchanged except for the new color scheme.

The Quanto Facelift (Canto) will also get a 5 Speed AMT and similar to the TUV300 will have a slightly lower power output of 81 bhp @3750 rpm. The AMT gearbox has been confirmed thanks to our friends at Carwale.

The Quanto Facelift (Canto) will be the last model to be launched for this financial year and will follow the KUV100 and Imperio pick-up.

Thanks to our friends from Shifting the Gears and Zigwheels, we have more images to be shared of the KUV 100 just before launch. Some quick pointers from the images Long rear scooped headlamps with […]

Mahindra S101 or XUV 100 as speculated has been caught testing and what seems like these are the final product spec vehicles. Mahindra has had a good 2015 with 2 major launches XUV 500 facelift, […]

Mahindra to launch new compact SUV to take on Hyundai Creta. With the boom in the SUV segment Mahindra which is largely a SUV player in the Indian market plans to further strength its […]