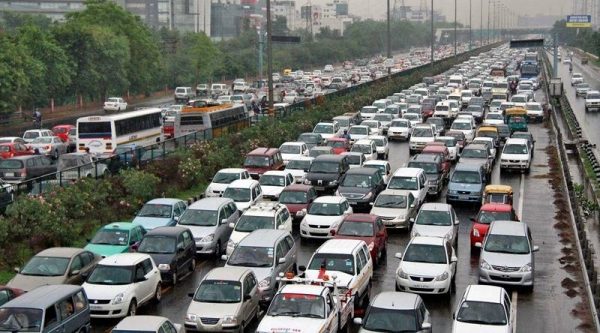 Demonetization did show its effects on the Indian Auto Industry with major auto companies posting negative sales. November 2016 saw many models shuffle up and down.

Here is our quick analysis 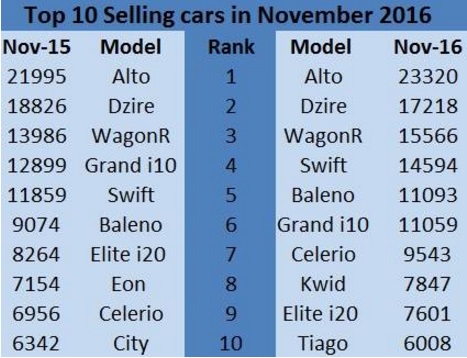 Maruti Suzuki has 6 models in top ten. The Baleno has moved to the fifth position just behind the Swift hatchback overtaking Hyundai Grand i10 & Elite i20. The Vitara Brezza has skipped the list this month while the Celerio seems to have settled in the top ten list. Maruti’s total contribution in the top ten is 91,334 units.

Hyundai seems to have been hit hard by demonetization. The Elite i20 which managed to sell average 10,000 units a month has sold only 7601 units. The Grand i10 too also saw sales drop to 11059. The company has also stopped the production of the i10 after 11 years in the Indian market. The Grand i10 will receive a facelift next year and we could expect the car to be launched earlier then before if sales continue to fall.

The Renault Kwid continues to move up and down the list and sold 7847 units which is quite low as compared to previous months. The company also has added an AMT version of the hatchback recently.

The big surprise was Tata Tiago which finally made it to the top ten. This car certainly deserves a lot more success.

The big losers this month were Mahindra, Honda and Hyundai which has seen high sales decline.

Tata Tiago finally in Top ten, a much deserved car to be in the list

Tata Motors enters 10 ten models list after a gap of more than 3 years. Tata Motors Tiago has finally entered the top tem models list which has largely been dominated by Maruti Suzuki and […]

Over 10,000 bookings received for the redi-Go