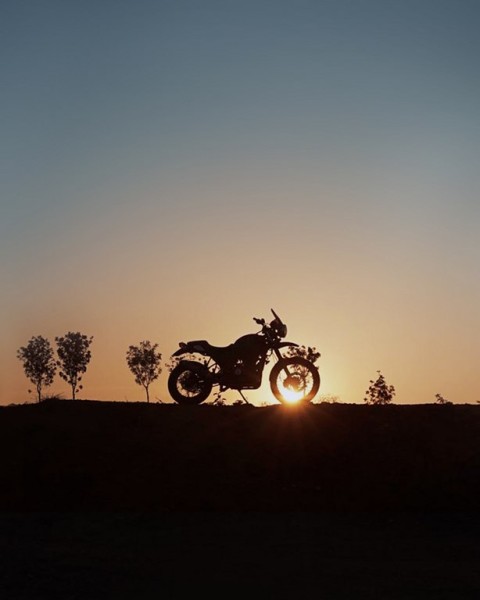 Royal Enfield has lifted the wraps of the new Himalayan motorcycle which will be launched in the Indian market on the 2nd of February. The company has been testing the motorcycle on Indian terrains for quite sometime.

The Himalayan is going to create a new segment in the Indian market and is mainly targeted towards adventure aficionados.

The Royal Enfield Himalayan will be powered by a new oil and air-cooled LS400 engine. The new 410cc, single-cylinder, oil-cooled will produce about 24-28 Bhp of power and 32Nm of maximum torque. Another important feature is the maintenance schedule where the bike will need an oil change every 10,000 kms. This is certainly a bug leap considering most bikes need an oil change after 2-3000 kms.

The petrol tank of the Himalayan can carry 15 litres of fuel which is common to most RE bikes.

The Royal Enfield Himalayan has been tested by Dakar rally rider CS Santosh who has given thumps for this machine.

Commenting on the Royal Enfield Himalayan, CS Santosh said, “Most of the time you have motorcycles that do well on the street but as soon as you take them off road, they don’t seem to fit in. (With the Himalayan) I was surprised because I think it felt natural to be off-road as well. Just the way it was sitting between my legs it felt good because I’ve been used to rally bikes and it didn’t feel strange at all. For a common man, it will not be intimidating at all. The power is there but it’s not gonna be aggressive.”

Bajaj debuts new V brand, made from INS Vikrant, could be called Valor

Bajaj V brand to debut on February 1st, could be called Valor A few days ago (26th January) a teaser image was revealed on the web showcasing Bajaj’s new Bajaj V motorcycle brand. The Valor […]

Honda announces line-up for Auto Expo: BR-V SUV, New Accord to be displayed