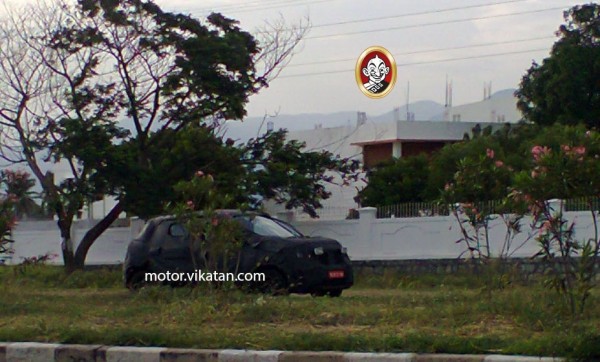 After tasting good success with the Duster, Renault is working on its next big model for the Indian market which will help the French car maker gain more volumes. Renault had announced their plans to introduce a car below the Pulse to rival the Alto which is currently the largest selling car in the Indian market.

Renault’s Alto rival has been caught testing on Indian roads in Chennai and will share its platform with Datsun Redi-GO concept which was showcased at the 2014 Auto Expo. Codenamed XBA, the small car will be manufactured in India and Brazil. The new car will most likely be powered by a newly developed 800cc petrol engine which is being developed in India.

Renault is looking planning to sell 5-6 units per month of the new model and increase its market share to 5%. Earlier this year, the company’s joint facility in Chennai with Nissan increased the overall production capacity to 480,000 units per annum from 400,000 units to accommodate the new model. 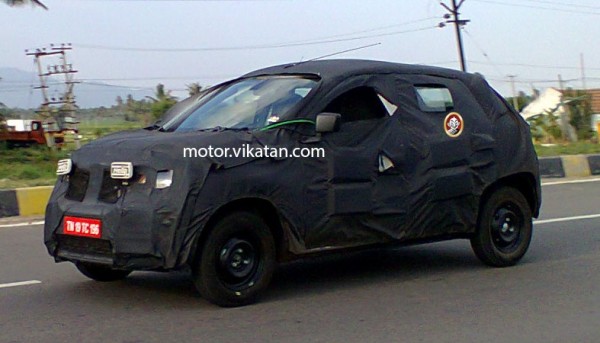 The small car will be launched in mid-2015 and will be priced below Rs. 4 lakhs putting it in the territory of Hyundai Eon, Alto K10 and Datsun Go. Renault plans to increase its domestic network to 175 dealerships from 125 now with the launch of new models in 2015. Renault currently sells the Pulse, Scala, Koleos, Fluence and Duster models in India. The company is gearing to launch the Duster AWD in the Indian market on 25th September.

Renault Kwid media drives begin in Goa tomorrow and our Eagle eye Mr. Herc has just managed to snap the top variant Kwid on the roads. Two cars were spotted simultaneity one in Red and […]

Round The Clock – Renault camp to remain open for 24 hours

Renault has introduced ROUND THE CLOCK initiative which will see all Renault showrooms and service stations across the country remain open round the clock on 24th and 25th May 2014. This unique initiative will help […]