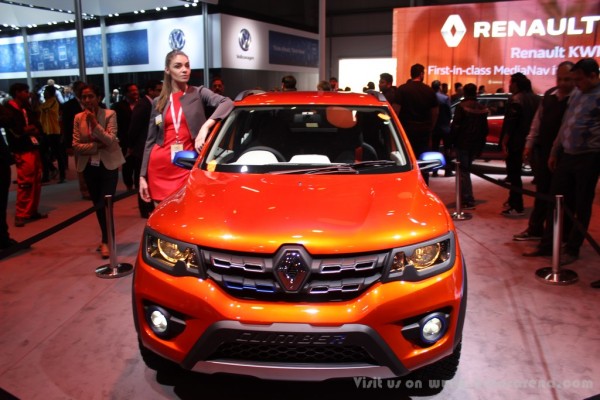 Renault unveiled a rugged off road version of the Kwid hatchback called the Kwid Climber. The Kwid Climber looks like it’s ready for an adventure off the beaten track. The Kwid Climber’s face has a rugged design with redesigned front bumper with a skid plate; protective cladding along with Climber embossed in the lower half of the bumper. The Kwid Climber stands tall as an off-roader with wide track, short overhangs. The roof rails, high ground clearance, and special off road tyres further accentuate the SUV profile. 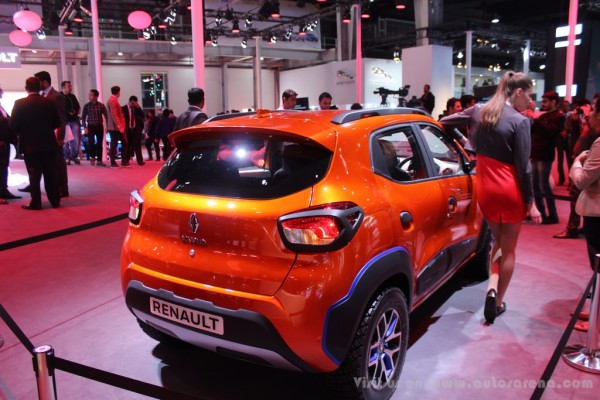 The wheel arch extensions, side mirrors are highlighted in electric blue. The rear taillights also get protective cladding around them, roof spoiler with shark fin antenna and rear skid plate with body cladding in the rear bumper.

The interior features superior materials, like Nappa leather for the steering wheel, dashboard, door sills and door pads, gearshift, seats, floor mats, upholstery, air con controls, A/C vents and inside door handles.  The snap hooks, shoulder belts and seat belt straps echo the world of rock-climbing and are another outdoor cue. They also bring a high-tech feel to the cabin.

The special protective housings of the car’s lights heighten its all-terrain feel. A born off-roader, the Climber draws on the DNA of the Renault Kwid to develop its SUV capability to the extreme. The result is a very distinctive personality which suits all types of adventure.

Renault India will soon be introducing the AWD variant of the Duster. The Duster AWD will be powered by 1.5, 110Ps diesel engine and will be available on the top RxZ variant only. The company […]