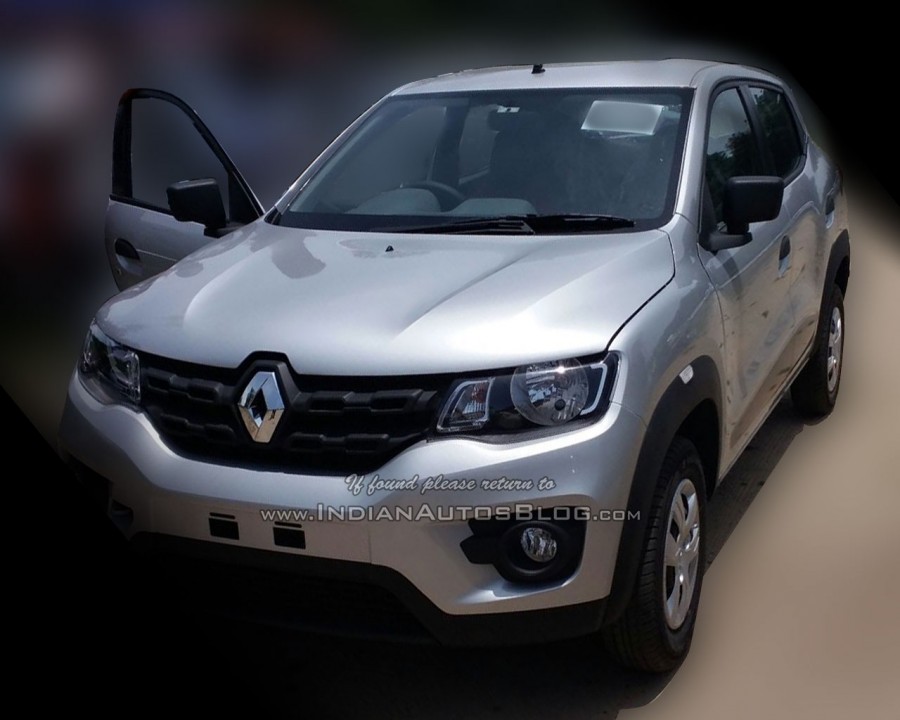 Renault’s new small car was unveiled to the world a few months back and the company will soon launch the production version in the up comping weeks. The Renault Kwid was spotted in Silver and Bronze colors at a dealer yard in South India and they most likely seem to be top or mid variants.

The Kwid measure 3680 mm and will be manufactured at the Renault-Nissan Alliance plant in Oragadam, Chennai. With a high localisation level of 98 percent the company is looking to price the car aggressively in the price range of Rs. 3-4 lakhs.

Renault has started accepting bookings for the Kwid at Rs. 25,000.

The Kwid will be the first model from Renault to take on the likes of Maruti Suzuki Alto and Hyundai Eon. The French auto maker has got the styling perfectly right and the car looks like a cross between a hatch and an SUV but in a smaller package. Renault may just be able to pull another successful model in India if priced right. An AMT version is also on cards but will launched after a few months.

Click here to read more about the Renault Kwid.

Seems like the D1 segment is gaining some traction and with new launches planned hopefully the segment will once again thrive which is now solely dominated by the Hyundai Elantra. French car maker Renault will […]

Renault Kwid 1.0 AMT to be launched today. Renault will be launching the Kwid 1.0 AMT (Automated Manual Transmission) variant today in the Indian market. This is the 3rd and will be powered by 1.0 […]