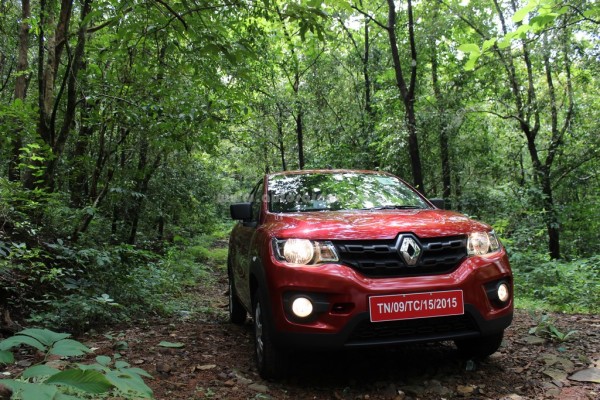 Renault Kwid-based SUV under development.The SUV is based on CMF-A+ platform.

Renault is planning for a larger pie of the Indian market. The company launched Renault Kwid, which in all likeliness has laid the foundation for the French car-maker to stamp its authority.

First the Duster and now the Kwid has helped increase the brand value for the company. The Duster, the first compact SUV was carefully designed and aggressively priced which tuned the ball rolling for Renault. Next-up the Kwid has changed the relationship with the Indian market. In a very short span of its launch the vehicle has received accolades from the Indian market.

The strategy of the French car-maker has been very visible and bang on target. Futuristic design, intelligent cost cutting, high Value For Money quotient and our most favored higher fuel economy.

Including the aforementioned features, Renault has added another Kwid-based product in the loop. This time it seems to be an SUV. The Renault Kwid-based SUV is expected to be based on CMF-A+ which is an evolved form of the existing platform. The newer platform gives the scope of accommodating bigger vehicles to the company.

The Kwid-based SUV (Codenamed HBC) is still in its development stages and is expected to fill the void between Kwid and Duster. Hence the company is ideally targeting the sub 4-meter SUV segment. This would mean a direct competition to vehicles like – Maruti Suzuki Vitara Brezza, Ford EcoSport, and the yet to be launched Tata Nexon along with the Mahindra Nuvosport.

The Renault Kwid-based SUV and a sub-4 meter sedan from Renault are expected to be launched in the next two years. Thus increasing the entry level line-up offered by the Frecnh car maker.

Renault has tasted success with the Kwid and It will be interesting to see as to how the Indian market receives vehicles based on the same platform.