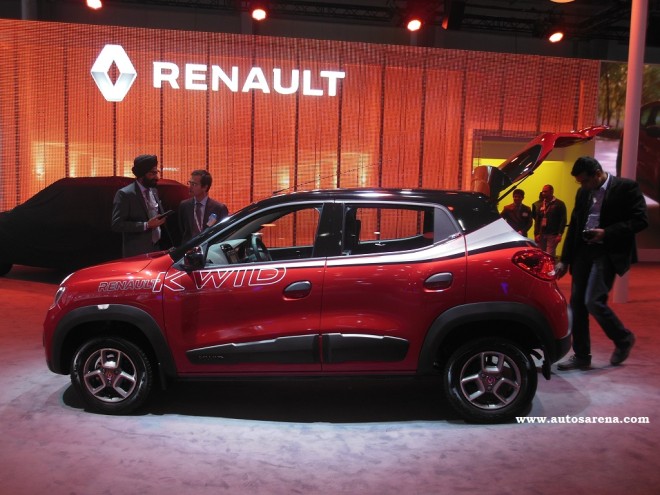 Renault is gearing to launch the Kwid 1.0 engine in the Indian market and will launch the small car in August this month. As per our sources the car should be launched end of August or just before the Ganesh Chaturti festive season.

Our sources have also indicated the Kwid will get more features which the car lacked at the time of launch. We can expect features like internally adjustable out rear view mirrors, central door locking, power windows for the rear windows and alloy wheels.

On the safety front the car will get an stronger body shell and may also get dual airbags as an option on the top end variants. ABS may  be also offered.

Renault unveiled the Kwid 1.0 engine at the 2016 Auto Expo and the 1.0L Smart Control efficiency Engine (SCE) will produce 77bhp of power output. The new 1.0 litre engine has been optimized for better performance and efficiency.

The 4 valves per cylinder of the Double Over Head Camshaft layout ensures low pressure drop and super-efficient valve lift for a higher air filling; thus allowing the engine to make usable power at low end, mid-range and high-end rev bands.

Renault may also consider launching a new Orange color option on the Kwid. 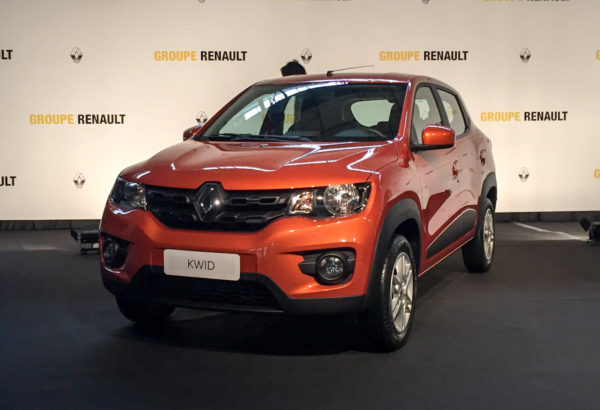 The new Renault Kwid 1.0 will compete with Maruti Suzuki Alto K10, Tata Tiago and Eon 1.0 in the litre class engine segment. Auto makers are launching models with 2 engine options to appeal to a larger customer segment. Customers who want a small car but should be powerful and zippy would be the ideal target group.

Renault Kwid has surpassed 1 lakh bookings in India and has a high waiting period. The company has ramped up production and hopes to meet the demand.

Renault also unveiled the Kwid 1.0 EasyR variant with AMT technology and two exciting concepts – Climber and Kwid Racer, but the company may not launch these versions immediately and introduce them after a couple on months to keep the excitement and buzz around the car high.

Kwid 1000cc commands for over 60% sales. Renault has managed to make a decent dent with the Kwid small car in the Indian market. The success of Kwid received lots of praise from the company’s […]

Renault Kwid launch in festive season, all details inside

Renault is all set to launch the Kwid small car in the Indian market soon. During the media drive briefing the French Auto maker shared some important information about the Renault Kwid and the company strategy […]