Renault, the French car maker participated for the second time at the Indian auto expo and used this opportunity to unveil a KWID concept car, a new vision tailored for new kind of markets. This is the first time, Renault unveiled a concept car outside Europe and the concept car showcases the company’s ability to develop new vehicles for emerging markets like India.

Renault India also showcased the new Koleos which was launched a couple of day’s before, launched the Fluence facelift and the Duster Adventure edition. Besides these cars, Renault also displayed the Pulse hatch and the Scala sedan. The ZOE electric car also made its India debut at the Auto expo which is a 100% electric and 100% ZERO emission car. The Megane 3 door hatchback once again made its appearance at the Expo and will not make it to the Indian shores in the near future. 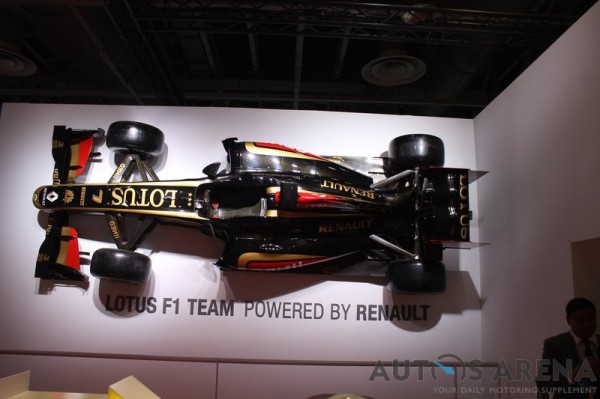 Besides cars the company showcased their fuel efficient engines and the Lotus F1 car which is powered by Renault’s powerful engines.

The KWID concept is designed by Renault’s International team with inputs taken from India Design house. The concept car is fun, robust design, with technology-driven features and is mainly targeted to meet the needs of young customers.

Renault did not showcase the Duster facelift which was highly speculated to be launched at the Auto expo. The company however launched 2 new products; the Fluence sedan & Koleos SUV to start with.

Renault is planning to launch more products in the Indian market in the next two years which includes a small car under the Pulse and will share the platform with Datsun new small car which will also make its debut at the Auto Expo.

Stay tuned for more details on all products showcased by Renault at the Auto Expo.

Renault Kwid  AMT launch on 7th November. To get 5-speed Easy-R AMT gear box. Renault is all set to launch the automatic version of the Kwid hatchback in the Indian market. the car was showcased at […]

Hyundai will launch the all new Santa Fe on the 5th of February at the 2014 Auto Expo in Delhi. Thanks to a good friend of ours who has shared with us the brochure scans […]