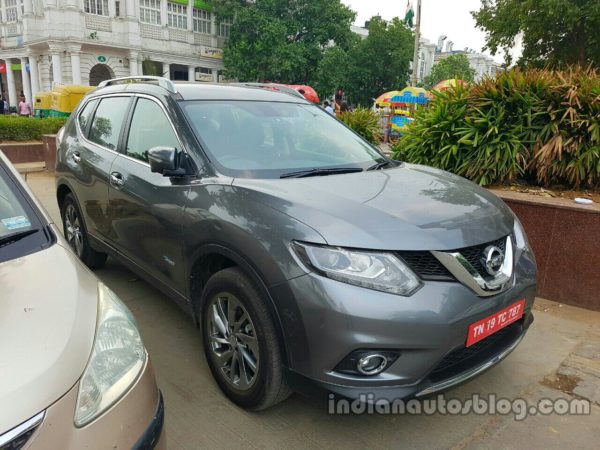 Earlier this year Nissan exhibited the third-gen Nissan X-trail Hybrid SUV at the 2016 Auto Expo. The company has also announced their plans to launch the vehicle in the Indian market.

Nissan had experienced mediocre amount of success with the previous gen X-Trail although it was a competent product. But that was a time when the Nissan brand was still in its nascent stages. The turn of the decade helped Nissan to develop a good rapport with the Indian market.

The prototype showcased at the Auto-expo was a hybrid version which was already functioning in the Japanese market.

The new Nissan X-Trail Hybrid will come to India as the market’s first ever full hybrid SUV.

With one of the two clutches completely separating the motor from the engine, the system enables EV mode driving in high-speed situations with highly efficient energy regeneration.

The competition for Nissan X-Trail back then limited to only a couple of cars as the luxury SUV segment was still new to the country. The re-introduction time though will see Nissan X-Trail compete with healthy number of vehicles of which few have a good market presence.

The company already faced a hurdle in its earlier attempt of launch in the issue of pricing proposition. This has led to the company delaying the launch of the vehicle.

This time around it can be affirmed that the launch is imminent and we expect the SUV in the Indian market ahead of the festive season launch in this segment along with the VW Tiguan.

The competition has only gone upwards since the Nissan X-trail’s last tenure. Coupled with a flurry of launches slated for the next 12 months from various manufacturers, the task only gets tougher.

The mettle of the company will be certainly tested out in the coming months.

Volkswagen Tiguan 7 Seater to be launched in India. Earlier this year Volkswagen showcased its SUV offering, the 5 seater Tiguan at the 2016 Auto Expo. Recently the production-ready India bound 7 seater Tiguan version has been […]

Nissan India strengthened its presence in South-India with the inauguration of Pinnacle Nissan, a new retail outlet at Kollam in Kerala. With the opening of this dealership, Nissan increased its base to 217 touch points […]