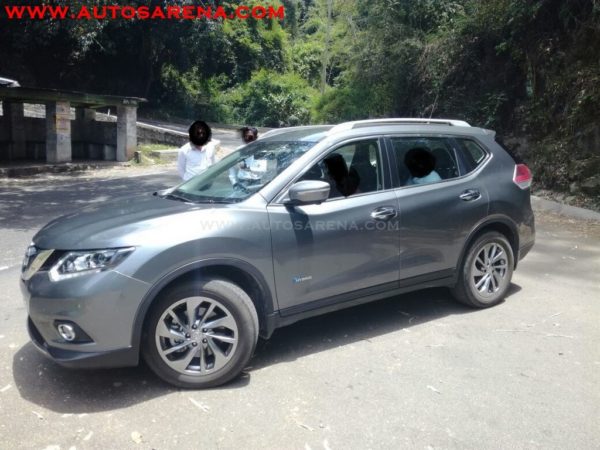 Nissan X-trail Hybrid has been spotted in Kodaikanal, Tamil Nadu. The X-trail will make a comeback in the Indian market after an absence of 3 years.

Nissan showcased the latest gen X-Trail SUV with Hybrid technology at the 2016 Auto Expo and had confirmed the Indian launch this year along with the launch of GT-R supercar.

The new X-Trail positioned as a crossover SUV is designed to target customers who want t good looking SUV with car liking driving characteristics. Unlike the previous generation boxy design which was discontinued in 2014, new SUV looks sleek, stylish and modern.

Based on the new CMF the new X-trail is is 17mm longer (4,643mm) than the previous generation model, and has a 76mm longer wheelbase that helps deliver more space inside.

The new model is also 30mm wider and 5mm lower than the previous car and the ground clearance is maintained at 210mm. 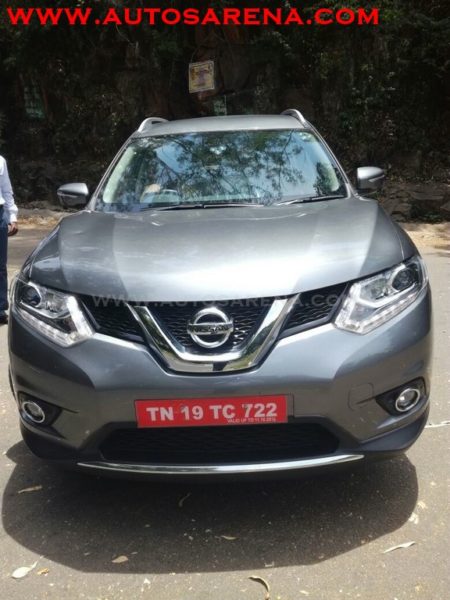 The new Nissan X-Trail Hybrid will come to India as the market’s first ever full hybrid SUV.

With one of the two clutches completely separating the motor from the engine, the system enables EV mode driving in high-speed situations with highly efficient energy regeneration.

The Hybrid SUV will benefit from the latest tax incentives offered under the FAME scheme and additionally only 5% VAT in Delhi making it very price competitive.

Nissan may initially bring the SUV as a CBU, but a local assembly cannot be ruled out.

Nissan has been expanding its dealer network and plans to cross the 300 mark in a years time. Nissan along with Datsun who is catering to the cost conscious customers is planing to add many new models.

Nissan will target the more affluement buyers with more premium products like X-Trail, GT-R, New Teana, New Micra and Sunny (both launching in 2017-18).

Nissan to increase prices from January 2016

Nissan and Datsun cars set to get expensive from January 2016 In an effort to minimize the impact of escalating input costs, Nissan India has announced a price increase of up to 3% across its entire Nissan […]

Nissan has broken the silence of its much awaited SUV based on the Renualt Duster platform by revealing a sketch and the nameplate. Nissan’s latest SUV, the Terrano, will be launched in India by end […]

Nissan India in a bid to increase market share is planning to enter new segments. The Japanese company is looking to launch products in the growing sub four metre compact sedan and SUV segments. The […]