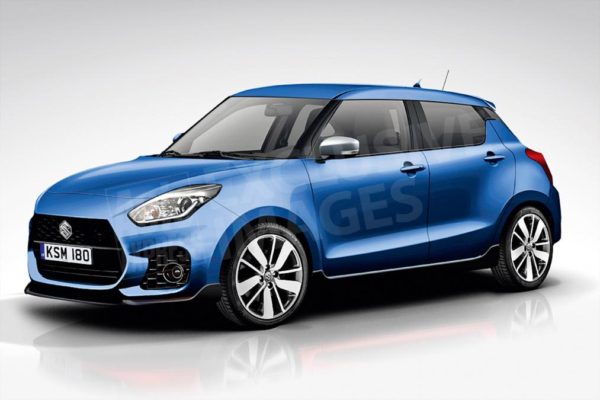 The next-gen Suzuki Swift rendering have been revealed. Launch likely in 2017

One of the most loved and lauded car of all time, the Suzuki Swift is bound for a makeover. The outgoing model of Swift was launched way back in 2011 and is aging. The vehicle though continues to sell in high numbers and retains its place in the top 10 retailed vehicles across segments.

The vehicle is all set to embark on its third generation of Indian love-affair. The launch will be in the early parts of 2017 but the auto industry is abuzz about its launch. Few renderings have turned up and it seems to be based on the recently launched Maruti Suzuki Baleno.

The renderings give a insight into the redesigned front bumper and headlamp cluster along with the fog-lamp section. The tail-section though receives only mild changes.

The exterior styling is evolutionary with cues borrowed from the Baleno hatchback while the car maintains its classic silhouette profile. The renderings give an insight into the redesigned front bumper and headlamp cluster along with the fog-lamp section.

Overall front looks very aggressive and has a higher style quotient than the current Gen Swift.

On the interior, the dashboard gets a completely revamped design and a bigger multi-info display with a touch screen infotainment system. The car will get a 3 spoke multifunction steering wheel, automatic climate control and SmartPlay infotainment system with option of Apple car play.

The vehicle will be more sturdier and lighter when compared to the previous generation by around 100 kg as the car will share its platform Baleno. This would directly relate to an increase in the fuel-economy and performance as well.

The 2017 Swift in all likeliness will be powered by the same engine offering on the out-going Swift. Although the company might contemplate on offering the 1.0 booster-jet engine which will soon be seen with the Baleno-RS.

The next-gen Suzuki Swift is sure to be a mouth watering prospect and with all the new offerings along with bullet-proof reliability offered by Maruti we can’t wait for the launch to take place.

DLX edition available on base trims with added accessories. The Maruti Suzuki Swift has been facing tough competition and sales have been on a decline. The company has introduced a new special edition call Swift […]