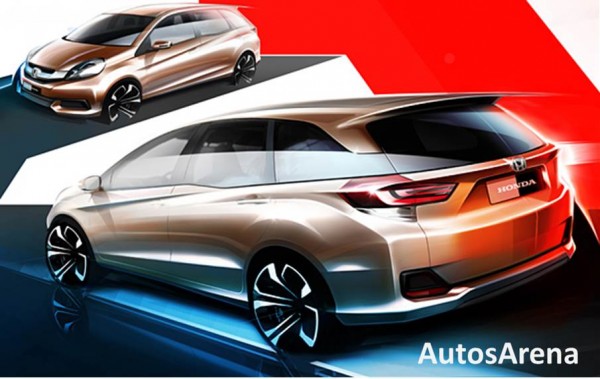 Honda will launch its third product on the Brio platform, an all-new entry level MPV which will make its debut at the 21st Indonesia International Motor Show which is scheduled for September 19-29, in Jakarta, Indonesia.

The new MPV is developed for the Asian market by Honda R&D Asia Pacific in Thailand and Honda R&D Indonesia, with Indonesia as the lead country for this project.

Highlights of the new Honda MPV

Honda has achieved some success with the Amaze and the MPV is certainly destined for the Indian market. Honda will bring the MPV in 2014 followed by the Urban SUV.

In India the MPV will be pitted against the Ertiga and will be powered by a 1.5 petrol and 1.5 diesel engine. The MPV will help Honda in India to increase its market share and hopes similar success as the Amaze.

Expect similar trims and equipment as the Amaze with pricing to on par with the Ertiga. Honda may mostly likely showcase the concept at the 2014 Auto Expo in January.