Ahead of its launch in August the new Gen i20 has been spotted completely undisguised on the Indian streets. After spotting the several times in the disguised avatar we get to see the production ready new Gen i20 for the first time.

On the first look the i20 has grown in dimensions and looks like a larger hatch compared to its predecessor. The design seems very European and personally we did not like it. Maybe we will have to wait till the design grows over. The car does seem like a grown up Grand i10 with large headlamps extending backwards with metal inserts, the massive trapezoidal honeycomb grille which gets integrated in the front bumper with side skirts. The fog lamp design complements the overall look and slightly resembles the facelifted VW Polo. 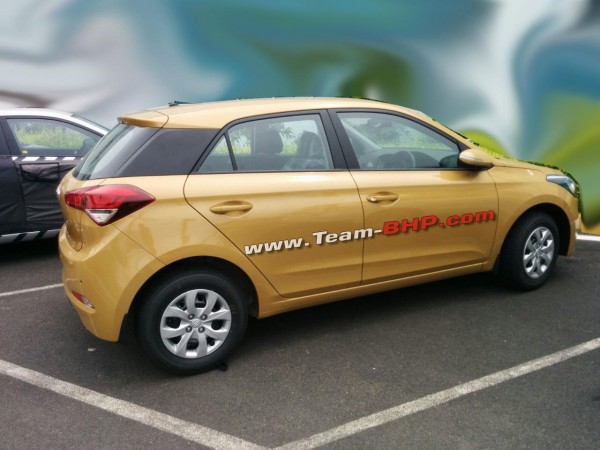 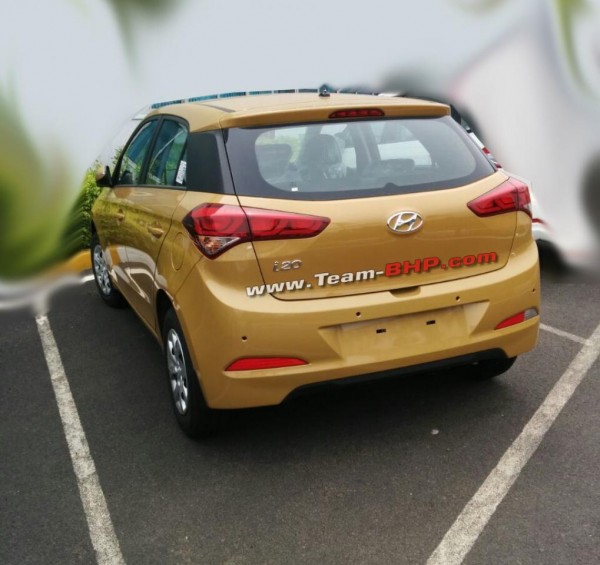 The outgoing i20 measure 3995mm and the new has to be under 4 metres if the car has to qualify the sub-4 metre norm to meet the lower excise duties. The overall profile looks aerodynamic with a sloping roofline and the blackened B & C Pillar adds to the sporty look.

The rear gets large tailamps and we could expect LED treatment to give the i20 a more premium appeal. Interiors are expected to be plush with soft touch plastics and we offer a roomier atmosphere. Under the hood the car will continue to be offered with the same powerplants and new 5 Speed AT.

The new i20 seems to have all the required specs to make it a bench mark and will now give the facelifted Polo and Punto more competition. The Honda Jazz and Tata Bolt will too join the race in coming months. But will i20 be able to dethrone the segment leader Maruti Suzuki Swift still remains a major question as the hatch is also expected to get a mid-life make over.

India’s second largest car maker, Hyundai showcased their entire line-up of cars except for the Santro. The South Korean car maker launched the all new Santa Fe SUV in the Indian market. The new Xcent […]

Hyundai KONA to be positioned below Tucson. Hyundai will be adding another SUV to their expanding line-up and have dropped a teaser of the new KONA compact crossover. The all-New Hyundai KONA features a progressive […]

New Hyundai Elantra to expand Hyundai’s premium offering in India. Ahead of the launch of its executive sedan the all-new Hyundai Elantra next month, some Hyundai dealers have started accepting bookings for the car at […]