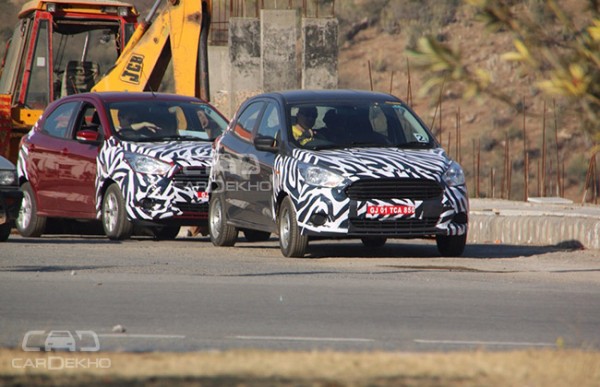 The all new Ford Figo compact sedan and hatchback have been caught testing with minimal camouflage in Udaipur. The new Figo made its international debut in 2014 and the Figo concept sedan was first previewed at the 2014 Auto expo in Delhi.

A number of prototypes were spotted bearing Gujarat number plates which also indicate the new Figo siblings will be manufactured at the company’s new Sanand plant in Gujarat which will be operational by April 2015. 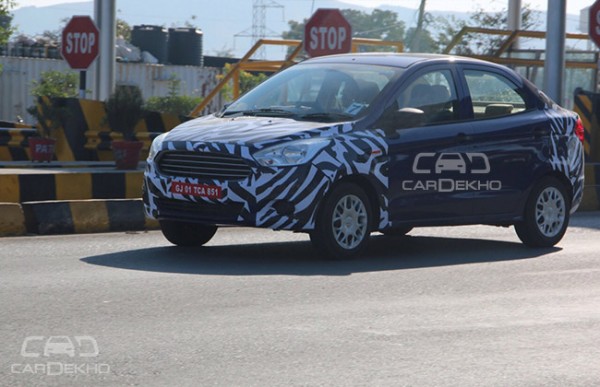 The new Figo will feature the company’s new design philosophy – Kinetic 2.0 which features a large chrome grille with horizontal slats and swept back headlamps similar to the Fiesta sedan. The interiors get a similar dashboard and centre console design like the Fiesta and EcoSport.

The new Figo will be equipped with Ford’s SYNC technology which connects phone to the music system offering hand’s free usability – Hear your texts, Emergency Assist and AppLink.

Under the hood the new Figo will be powered by a new 1.0 liter TiVCT  3 cylinder petrol engine  and a 1.5 TDCi diesel engine which also does duty on the EcoSport and Fiesta. Ford is unlikely to offer a Ecoboost engine but may consider in the future with petrol prices going down and increase in demand for petrol cars. 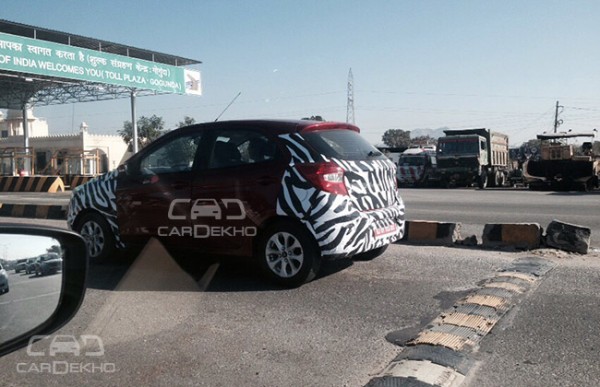 The new Figo compact sedan and Figo hatch will be launched in second half of 2015 with sedan being launched first and the hatch later, a similar strategy which was adopted by Tata Motors. The new Figo will replace the current Figo while the sedan version will replace the Classic in India.

Expect aggressive pricing from the American car maker to make a dent in the already crowed hatch and competitive compact sedan segment.

Ford India announced revised pricing for its compact sedan Aspire and Figo hatchback. The company has slashed prices of the car in tune of 90,000 for some variants. This is the second occasion the company […]

Ford is all set to launch the new Figo hatchback today. Here ae the top 5 facts of the car. Exteriors The Figo will resemble the Figo Aspire in front with the new Aston Martin […]

At the launch of the all new Figo, we were left wondering if the super-hit jingle ‘Achhe din aanewale hai’ was initially penned down for Ford India. That’s because, first it was Ecoport that created a flutter in the […]