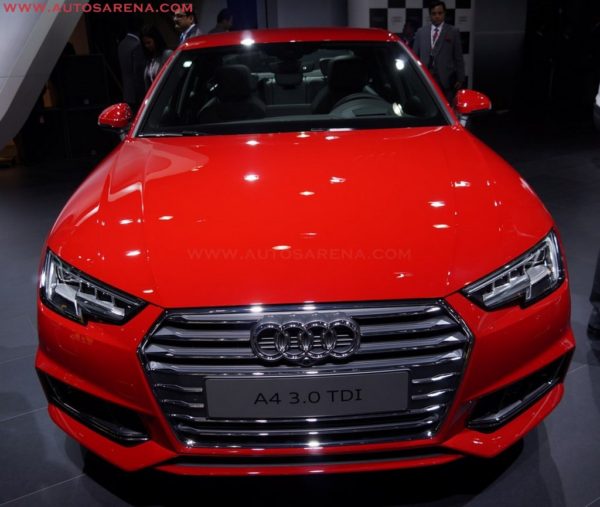 New Audi A4 launching this September and will draw power from a 1.4 litre Petrol engine in India.

Audi’s A4 has been around for a while now and has got quite long in the tooth. The car is due for a replacement this year and is scheduled to be launched this September. The New Audi A4  is built on a brand new MLB Evo architecture which is lighter by 120 kgs and is 25mm longer, 16mm wider and 12 mm higher.

While in this article we mention all new generation Audi A4 when you do get a look at fresh pics it looks like a facelift that’s because the design even though all new still looks the same as the outgoing A4.

The face has a flat bonnet with sporty chrome front grille and new headlamp design, while the bumper has plenty of cuts and creases and fog lamps which also house air dam along with chrome strips.

The side profile looks the same as the current A4 save for the new 10 spoke alloy wheels and a waistline that runs from headlamp to taillamp, but the best part of the A4’s design has to be the rear.

The beautiful LED tail lamps have sharp creases in the way they flow into the neat boot which also has a lip spoiler for added touch and a new rear bumper with an air dam and sporty dual exhaust pipes round off the design. 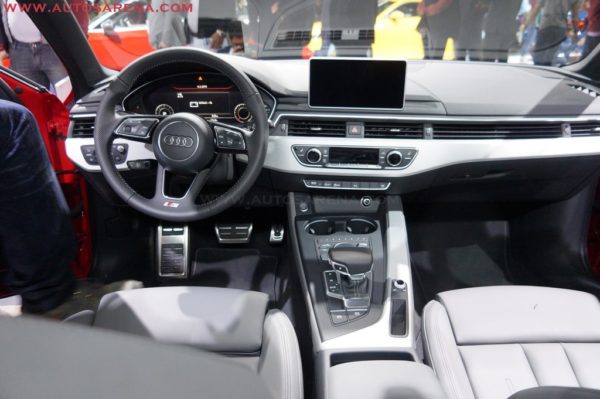 The new A4’s interiors are a huge leap forward from the earlier car unlike the design. The new dash is clean and uncluttered with a new three spoke  steering wheel which adds a sporty touch. The TT inspired virtual cockpit for the instrument cluster looks classy and sporty in a car of this class in addition to Audi multimedia interface and automatic climate control.

Powering the sedan is a new 1.4 litre turbocharged Petrol TFSI engine which will put out 150 PS and 250 Nm of torque with transmission options ranging between a 6 speed manual or 7 speed S–Tronic automatic.

Diesel burner will include 2.0 litre turbocharged four cylinder diesel engine which packs in 190 PS and 400 nm of torque with transmissions being either a 6 speed manual or 7 speed S – Tronic automatic option.

The new A4 will lock horns with the established Mercedes-Benz C-Class, the BMW 3 Series and the new entrant Jaguar XE.