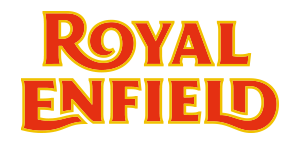 Royal Enfield begins 2015 with a strong sales performance and posted sales of sales of 28927 units in combined domestic wholesale and exports in January 2015 recording a growth of 43% over same period last year.

With its fifth edition of the Tour of Rajasthan, Royal Enfield continues its mission to explore the most scenic and picturesque terrain of the desert state of Rajasthan. Flagging off on February 23, 2015 from Jaipur, the ride promises to test the Royal Enfield rider’s grit and hone their riding skills on the desolate Thar Desert.

This year, the riders will journey through the scenic landscapes of Rajasthan’s Thar Desert to Ajmer from Jaipur through Mahansar, Bikaner, Jamba, Jaisalmer, Jodhpur, and Ajmer and finally Jaipur, covering a distance of 2,210 kilometres on their Royal Enfield motorcycles. The route has been chalked out in detail to give the participants a good mix of smooth and challenging terrains through the winding country roads, vast sand dunes, majestic hills, lush green woods, a dried salt lake bed, as well as on highways which are as smooth as landing strips. . The riders will be passing through the battlefields of the 1971 war where the only thumping sound will be of the Royal Enfield motorcycles and at Pali they will get to pay homage to the famous Bullet Baba.

Registrations will begin on the Royal Enfield website in February 2015.

To view images of Tour of Rajasthan 2014 visit:http://royalenfield.com/re-world/gallery/photos/tour-of-rajasthan-2014