India’s largest luxury car maker; Mercedes-Benz India launched ‘Edition-E’– the 5th version of its highest selling sedan, the E-Class at its Chakan plant on 24th Feb 2016. It marks the 20 years of the production of the famed E-Class in India which also has the distinction of being the highest selling luxury sedan in the country while proudly carrying the ‘Made in India’ badge. With more than 32,000 E-Class cars sold in India, the refreshed Edition-E will only bolster its sales now on. The new Edition-E maintains the Avantgarde styling blended with intelligent technology, unmatched comfort and exemplary safety features. 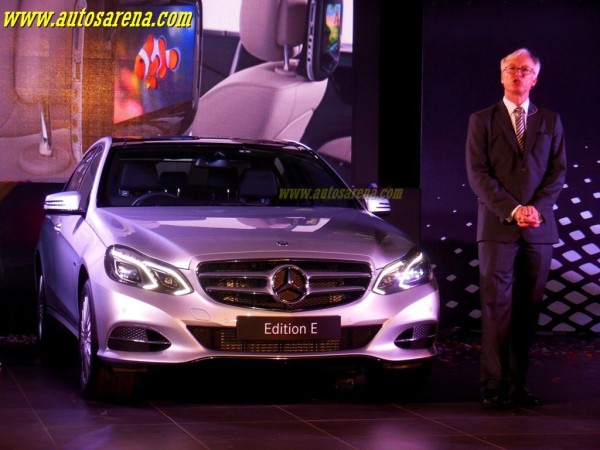 Speaking at the launch, Roland Folger, MD & CEO, Mercedes Benz India conveyed the auto maker’s strategy of periodically refreshing its existing best selling products in order to offer value driven products to customers. He also spoke about the new brand campaign ‘Wish upon a Star’ which is being promoted via the social media wherein people are encouraged to express their wishes around the E-Class. The lucky ones will have their wishes fulfilled absolutely free by Mercedes-Benz India. 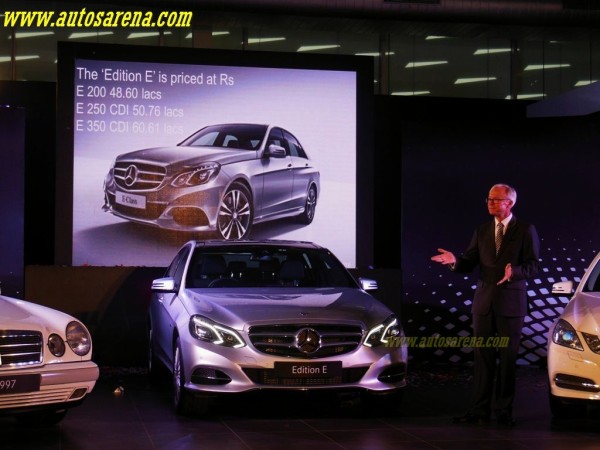 Though the Edition-E bears semblance to the regular E-Class, it gets AMG-inspired front and rear bumpers, Edition-E badge, restyled headlights and front grille along with other cosmetic tweaks. It also comes equipped with Garmin Map Pilot navigation system and a new entertainment system for rear occupants.

It continues to feature the same engine options – 2.0 litre petrol, 2.2 litre diesel and 3.0 litre diesel – that power the regular E-Class. All engines are mated to the 7G-Tronic Plus 7-speed automatic transmission that powers the rear wheels. All variants come with an 80 litre fuel tank and 540 litre boot capacity.

The car also gets the ECO start/stop function which considerably reduces fuel consumption and emissions, especially while halting at traffic signals. 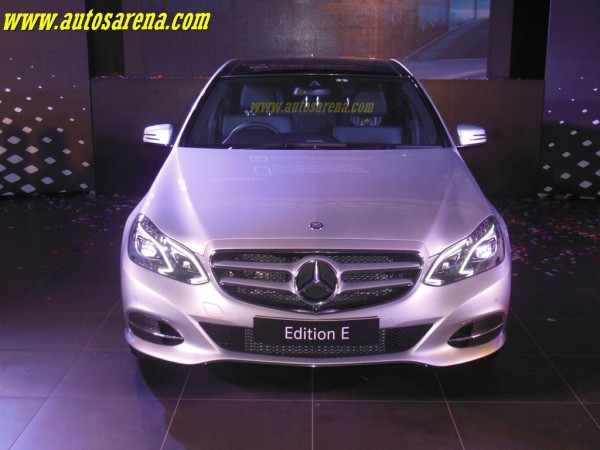 Similarly, the Adaptive Brake Lights is another safety feature that flashes a red warning signal from the LED fibre-optic tail lamps when emergency braking is detected.

The LED headlamps feature Intelligent Light System which automatically adapts light distribution as per driving situations. The system illuminates the road ahead without dazzling the oncoming traffic. 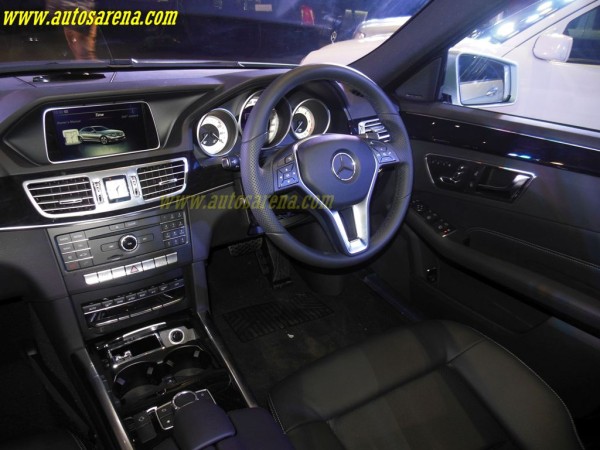 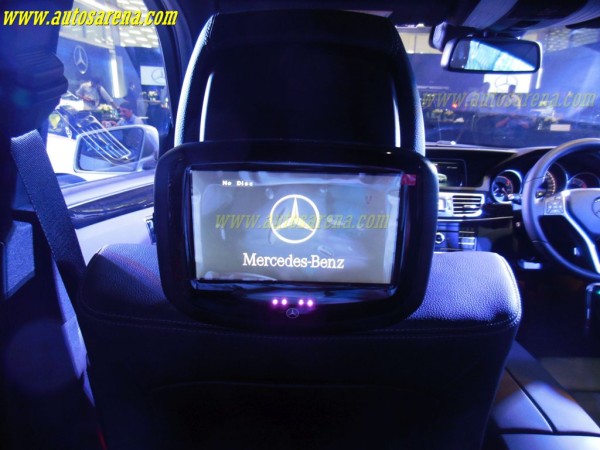 It also gets the Harman Kardon Logic 7 surround sound system which includes a 9 channel DSP amplifier and 2 channel booster with 610 watts output. It also gets 14 high performance speakers designed with Dolby Digital 5.1.

Mercedes offers an Extended Warranty Programme which includes a standard 2 year warranty along with a 1 year extended warranty without any mileage limitations.

Mercedes-Benz is gearing to launch the GLA Class SUV in the Indian market and as per our sources the launch is most likely to happen in October before the Diwali festive season. The GLA Class […]

Mercedes-Benz drives in the dynamic and sporty new A-Class

Mercedes-Benz, the multinational subsidiary of Diamler AG of Germany inched closer to regain its Numero Uno position in the Indian Luxury car segment by launching a dynamic and sporty new A-Class on 8th December, 2015 […]

Mercedes-Benz India, the country’s largest luxury automobile brand, strengthened its commitment towards the Government’s ‘Skill India’ initiative by signing a Memorandum of Understanding with the reputed Rashtreeya Vidyalaya College of Engineering, Bengaluru. This is the […]