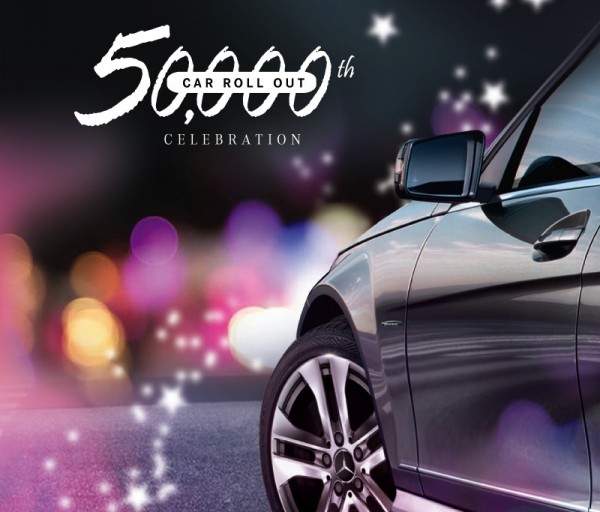 Mercedes-Benz India moved up to the second spot and will soon be rolling out the 50,000th car out of its Chakan
plant on 28th January. To celebrate this event the company will launch the C-Class Grand Edition, another special edition.

Mercedes-Benz India currently assembles the C-Class, E-Class, S-Class (new S-Class assembling will start from April), ML-Class & the GL-Class. The Chakan plant has a capacity of 10,000 units the will be increased to 20,000 this year with an investment of 850 crores. The German luxury car maker is planning to locally assemble the A & B-Class and we can expect this announcement sooner this year once the CLA makes it into the Indian market.

Mercedes-Benz has recently inaugurated its centre of excellence at the Chakan plant with a special Helipad for premium customers to configure the premium range of cars. There are also plans to open exclusive AMG stores to give the prospective customers exceptional service and better understanding of the AMG range.

India is also one of the few countries where Mercedes-Benz has the largest R&D centre outside Germany.

Mercedes-Benz India celebrated the roll-out of the 50,000th car from its manufacturing plant in Chakan, Pune and also launched the C-Class Grand Edition. The German luxury car make is the only premium car maker to […]

Mercedes-Benz has advanced the launch of the A-Class hatch by good 3 months to take the first mover advantage in the premium hatch segment. The German car maker will launch the all new third generation (W176) […]