Mercedes-Benz India became the first auto maker in India to introduce the first BSVI vehicles two years ahead of the impending regulations. The company rolled out the facelifted S-Class saloon which will be introduced in the Indian market later in 2018. 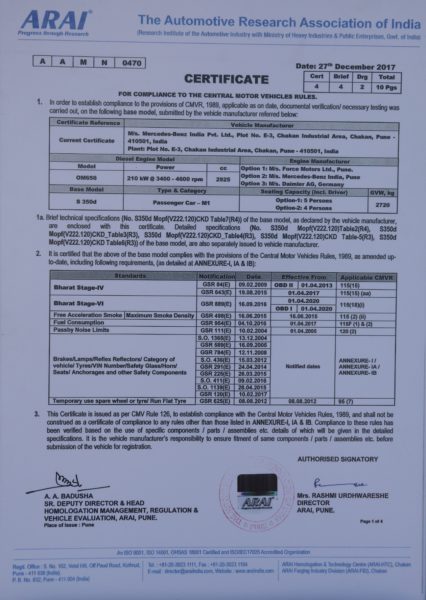 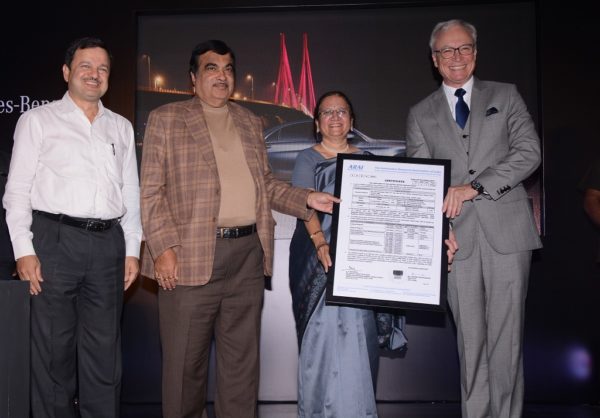 The cars with ‘First BS VI vehicles’ will now become vehicles the lowest ever emission for an Made in India, Internal Combustion Engine. The PM limit in the BS-VI Diesel engine is lower by 82% than that of BS-IV Diesel.  Drastic reduction in the NOx emissions level by 68% with the introduction of BS VI leading to reduction in gap between petrol and diesel emissions.

With the implementation of BS VI the regulatory thresholds for diesel and petrol cars are almost at an equal level.

The BS VI tests conducted on both these vehicle included:

The BS VI petrol engine will be featured in the Mercedes-Maybach S 560 and the diesel engine in the New S-Class to be launched later in 2018.

The Government is trying to advance BS VI grade fuel availability in Delhi NCT by April, 2018 and shift to BS VI norms by April, 2020 across the country.

Mercedes-Benz India unveils their strategy for 2014, to launch 10 models

Mercedes-Benz India is working towards to regain the number one pole position and the company has announced their strategy for 2014. 2013 marked the ‘Year of Offensive’, which saw the company launch fascinating products, expand […]