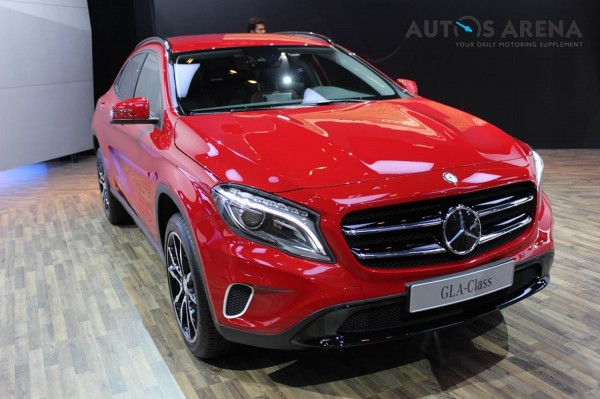 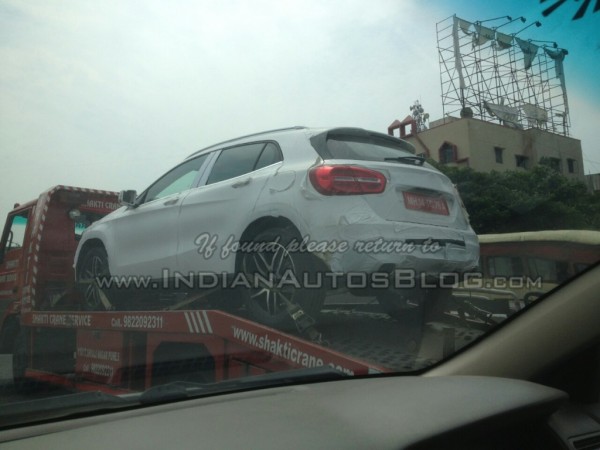 The Star is back and all set to re-gain its luster with launch of the new GLA SUV which was showcased at the 2014 Auto Expo. The GLA SUV which is based on the MFA platform sharing it’s under pinning’s with the A-Class and B-Class has been spied on the Indian roads for the first time.

The GLA was seen on a towing truck in Pune which sends strong signals of the SUV being sent to ARAI for homologation. The launch is expected to happen just before the festive season a few Mercedes-Benz dealers have already began accepting bookings with a booking amount of Rs. 1 lakh.

A very important product for the German luxury car maker and will give some serious competition to the Audi Q3 and BMW X1 SAV. To start with Merc may offer with a diesel engine option only. The 220 CDI develops 167 hp and 350 Nm of torque, matched to a 7-speed dual-clutch gearbox. Mercedes-Benz could also consider the 4MATIC all-wheel drive version to counter the Q3 quattro.

The GLA which is the third product to join the compact cars from the Luxury brand will be complemented with the launch of the CLA sedan which is most likely to hit the Indian streets by end of this year. 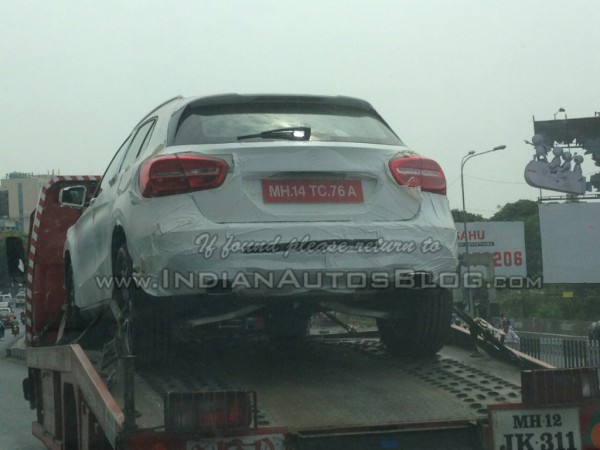 After having a good year in 2013, Mercedes-Benz India hopes to keeps the momentum going for the next year in terms of new product launches and refreshes. The company which has increased its sales in […]

Mercedes-Benz India flagged off 2013 StarDrive Experience after successfully conducting the drive for three years. The Star Drive in its fourth year is designed by Mercedes-Benz to highlight the unparalleled safety features and cutting edge […]

The Three Pointed Star launches a new Pre-Owned car brand in India: ‘Mercedes-Benz Certified’ Celebrates the launch with the inauguration of a record 12 new pre-owned outlets in a single day The new brand developed […]