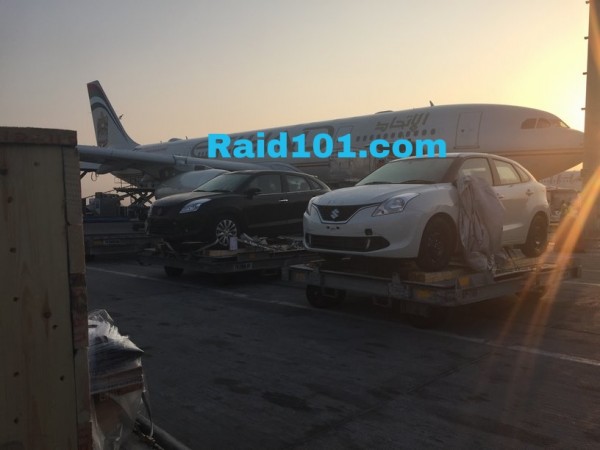 A few days ago Autocar India broke the story of Maruti Suzuki YRA spotted in India at the company’s plant and we now have more images of the YRA premium hatch snapped inside –out.

Thanks to our friends at MotorOctane who have posted images of the car which gives as an indication of the design direction of the new premium hatch from Suzuki, a global product positioned above the best-selling hatch Swift.

The exteriors are inspired from European design with clean lines. The front reminds one of the Swift mainly the headlamps but once you move to the side the car looks a lot different. The steep A-Pillar is designed for better aerodynamics and sloping roof line at rear further adds to the sporty looks. Unlike the Swift, the YRA promises a large boot with a wide door opening for easy loading and unloading. The premium hatch will be under four meters but expect more rear leg room thanks to the longer wheelbase.

The YRA could be powered by the next gen K-Series petrol engine with turbo charging. There is news of the car to be equipped with a K12C 1.0 litre petrol engine producing 90PS max power. The interiors are modern similar to the Ciaz. The instrument cluster comes with large dials and a big MID screen.

The YRA hatch will compete with the likes of Elite i20 and Volkswagen Polo.

Suzuki YRA hatch spied in India, to sit above Swift

Suzuki is working on a new hatch codenamed YRA which will be launched globally next year and will compete in the premium segment. The new YRA hatch will be positioned above the Swift to take […]