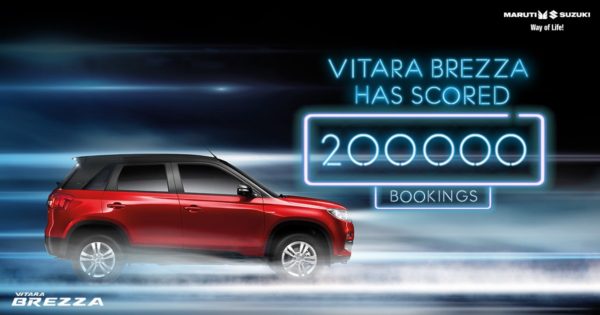 Maruti Suzuki Vitara Brezza is breaking new records. The compact SUV which was launched in 2016 won the 2017 Indian Car of the Year award and also the most sold new model launch of 2016.

Vitara Brezza has sold consistently an average of 9000 units per month and the company is struggling to meet growing demand mainly due to production issues. 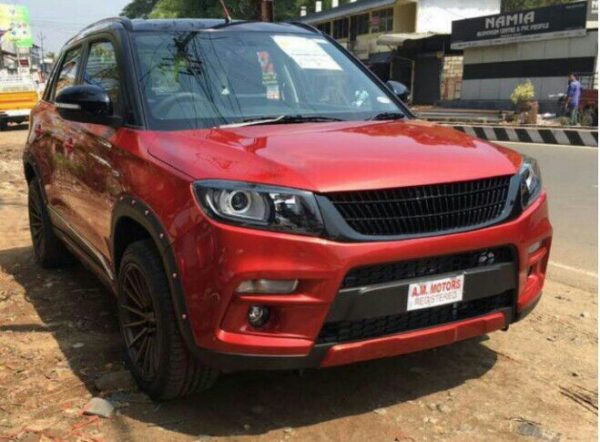 There is a very high demand for the VDI, ZDI and ZDI+ variants and in some cites the waiting period is beyond 6 months.

With the Gujarat plant being operation in February 2017, the company will shift production from Gurgaon to Hansalpur plant in Gujarat which will free up more capacity for the Brezza and hopefully the waiting period could go down.

The Sub-4 metre compact SUV is positioned below the premium S-Cross crossover SUV and the top variant Swift hatchback.

The Maruti Vitara Brezza competes against the likes of Ford EcoSport and Mahindra TUV300. The Brezza could get some competition from the likes of Tata Motors Nexon which looks sporty and will be feature loaded.

Maruti Suzuki will also launch new variants of the Vitara Brezza such as a petrol with 1.0 BoosterJet engine and AMT automatic which was showcased at the 2016 Indonesia Auto Show.

Key First in segment features on the Vitara Brezza

Part of the popular #PehniKya campaign to encourage all vehicle occupants to use the seat belt Noida, 9th Feb, 2018: As a part of its road-safety efforts, Maruti Suzuki India Limited (MSIL), the country’s leading passenger vehicle manufacturer, creates […]