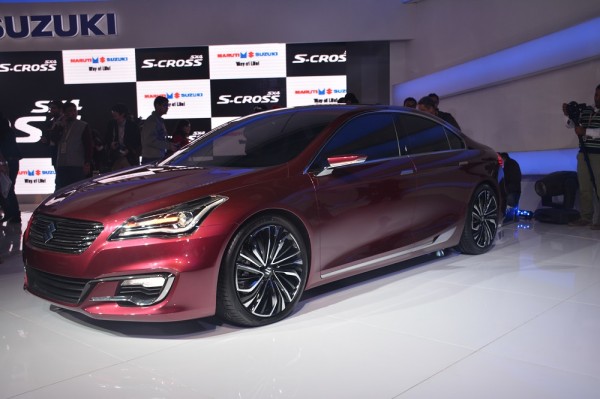 Maruti Suzuki India’s largest car maker unveiled two global models, the new CIAZ concept sedan and the SX4 S-CROSS on the first day of 2014 Auto Expo. The theme for the 2014 expo is ‘Celebrate’ which pairs spontaneity and spirit of unity in India and also showcased 13 customised cars of their existing line-up.

The two models took the centre stage at the Auto Expo and also gave a glimpse of what Maruti has in store for India in the next two years. Maruti Suzuki is a leader in the small car segment but has failed to create the same buzz in the premium and higher segments. The two new offerings SX-Cross and Ciaz will help the automaker to once again create some excitement and regain customer in the higher segments. 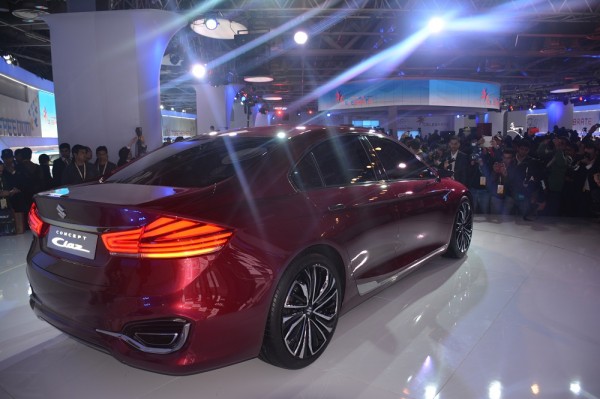 The CIAZ Concept sedan is positioned in the A3-segment designed by Suzuki Motor Corporation for markets such as India and China. The concept is a combination of sportiness and elegance and will help Maruti to strengthen the portfolio in upper A3 segment where the company offer’s the Kizashi sedan and is selling in very limited numbers. 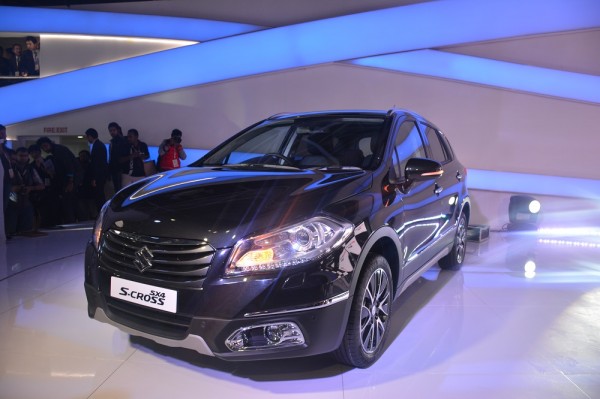 The Global model SX4 S-CROSS is a very exciting offering and is a much needed product for the Indian car maker to enter the sub-15 lakh pricing SUV which saw tremendous growth with the launch of Renault Duster and other SUV’s.

The SX4 Cross will not only Maruti to enter an all new segment but will also pave the road for the upcoming SUV Alpha which was showcased at the 2012 Auto Expo. With the Ertiga displaying a very positive result has given Maruti higher confidence to enter new segments.

You can now buy tickets for 2014 Auto Expo online,bookings commence

The 12th Auto Expo in 2014 will be held at a new place and a new date from 5th  to 12th February. The new venue promises more space and less chaos to which means one […]