The company saw higher retail during the demonetization as Maruti Suzuki was offering massive discounts across range except on the Baleno and Vitara Brezza. 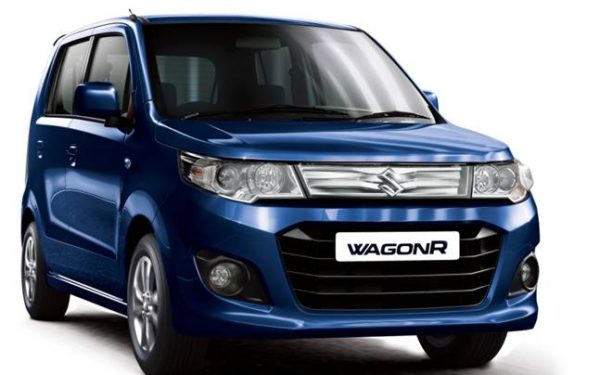 The Ignis has received decent response with over 10,000 booking withing a weeks launch.

The company also celebrated the 200th NEXA outlet in India making it the fastest growing auto retail channel in India, which is present in 121 cities. With 3 models on sale – S-Cross, Baleno & Ignis put together the company has sold over 1,85,000 vehicles since its inception, the bulk coming from the premium hatchback Baleno.

The Compact SUV Vitara Brezza also achieved a new milestone of crossing over 200,000 bookings in India.

The sales figures for January 2017 are given below: 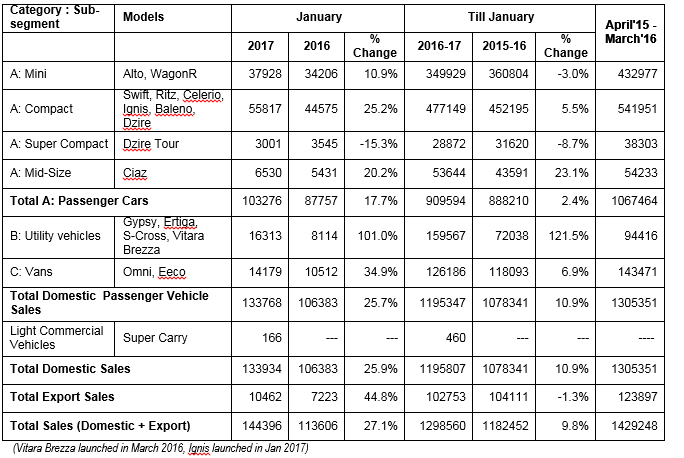 Demonetization did show its effects on the Indian Auto Industry with major auto companies posting negative sales. November 2016 saw many models shuffle up and down. Here is our quick analysis Maruti Suzuki has 6 […]

Maruti Suzuki India Limited (MSIL) has always been a giant in passenger vehicle business in India. Not only does it command a lion’s share in the new car business, but it is also the pioneer […]