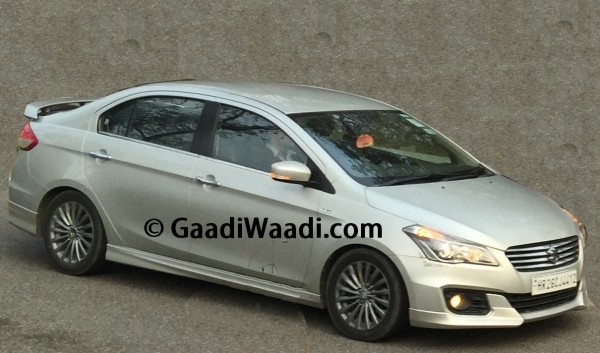 India’s largest car maker Maruti Suzuki is planning to launch a sportier version of the Ciaz sedan. Most likely to be called Ciaz RS could be launched in a couple of months and the car was spied near plant.

The Ciaz which replaced the SX4 sedan in 2014 has a very good response initially but the sales momentum has slowed with Honda City dominating the segment. The sales figures a tapering from 6000 plus to 3700 in the third may seem be a reason the company is looking to add a sportier variant before they completely loose traction. Hyundai will soon be launching the updated Verna and Vento too could be receiving another facelift. 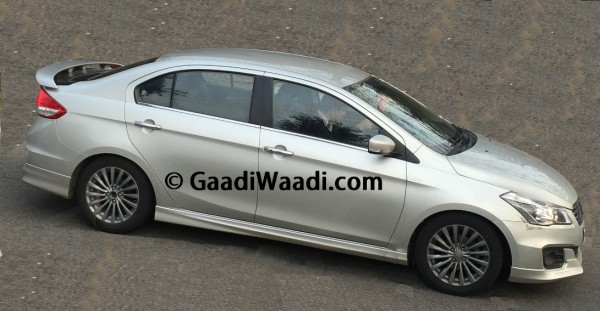 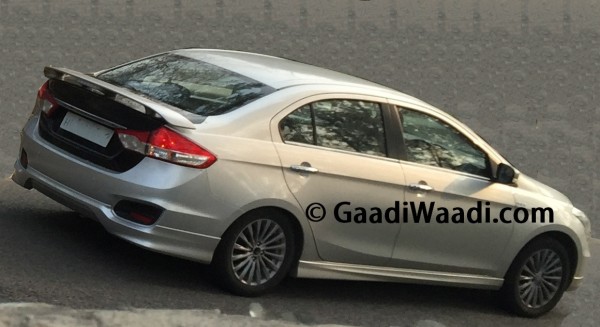 Considering stiff competition in the coming Maruti Suzuki will launch a sportier version of the Ciaz with body kit which includes front & rear bumper skirting, rear spoiler and side skirting. Maruti may offer black leather upholstery as an option.

Under the hood the car will continue to be offered with the same engine options – 1.4 K-Series petrol and 1.3 Multijet. Expect prices of the new variant at a premium of Rs. 25-30K.

Maruti Suzuki is planning to launch a number of models which includes upgrades and new models in 2015. The Dzire facelift and Ertiga facelift are next in the pipeline and launch could happen soon.