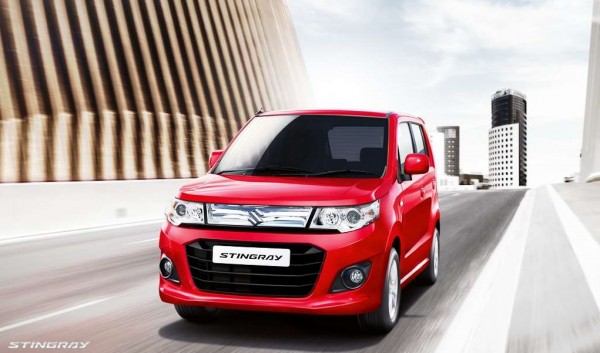 According to Autocar India, Maruti Suzuki plans to introduce the AMT on the Stingray model only to woo buyers from the premium hatchback segment which look for premium products.

The Stingray is powered by the same 1.0 K-litre petrol engine which does duty on the Alto K10 and on the Celerio. The engine produces max power of 68 Ps and max torque of 90 Nm. Expect similar mileage figures of 20.51 kmpl on the AMT variant unless Maruti tinkers with the engine to offer higher fuel efficiency. The Stingray AMT could be priced 30-40,000 more than the manual counter parts.

The biggest challenge for the Indian car maker is the limited number of AMT kits supplied by Magnetti Marelli. Already the Celerio AMT commands a waiting period of more than 6 months in some cities and Alto K10 AMT of about month.

The AMT technology offers a fuel efficient and low cost option automatic technology which was previously perceived as expensive and low on mileage. Tata Zest is the third car to offer this technology and is available on the diesel variant. Mahindra is also planning to launch the Quanto with AMT gear box in the Indian market soon.

The most anticipated motorsports event in South, the Maruti Suzuki Dakshin Dare, flagged off its 9th edition on July 16, from Orion Mall, Bengaluru, with a power packed participation of 180 rallyists. Adding a new […]

Maruti Suzuki will launch the new Celerio global compact car code name YL7 at the 2014 Auto Expo. The compact car will eventually replace the A-Star globally and the A-Star and Estilo in the Indian […]