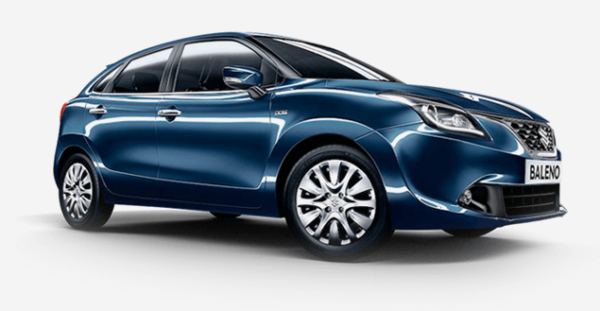 Launched in October 2015, Baleno is one of the top selling models for Maruti Suzuki and has emerged as the leading premium hatchback in India.

In addition to domestic sales, Maruti Suzuki exported 33,800 Baleno cars across the world, including to Japan and Europe. This was the first time a made in India car was introduced in the Japanese market.

While Maruti Suzuki Baleno has gained popularity for its innovative styling, spacious interiors and class-leading features, the superior ride and handling, safety and fuel efficiency have added to its appeal among customers. All Baleno customers have received their cars through NEXA, the new retail experience offered by Maruti Suzuki.

Baleno is avaialble with a choice of petrol & Diesel engines. India gets the 1.2 petrol and 1.3 diesel engine while a 1.0 Boosterjet engine will be added to the range in 2017. Baleno RS concept was showcased at the 2016 Auto expo and will be launched in 2017. 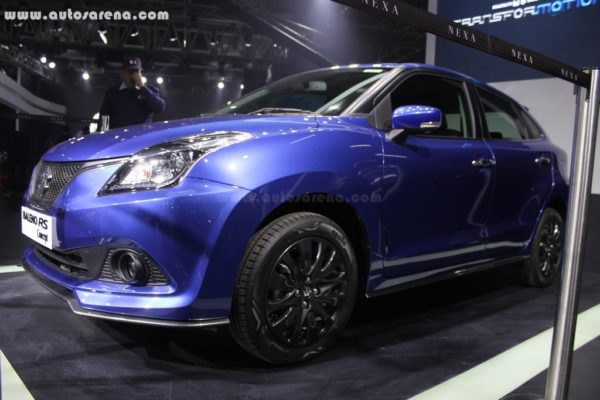 Baleno is exclusively manufactured in India and will also be made at the company’s new plant in Gujarat which gets operational in 2017.

It is the first car to be exported from India to Japan. Maruti Suzuki plans to export the car to 100 international markets. Apart from Japan, the vehicle is being exported to Europe, Australia, New Zealand and Latin America.

“Baleno is one of the big success stories of the Indian auto industry. Baleno carries our new design philosophy and is equipped with several high-end features and technologies like Apple CarPlay that have attracted young customers.

Our engineers have ensured that built on an innovative new platform, Baleno offers superior ride and handling, besides best-in-class fuel efficiency. Safety features like dual airbags and ABS with EBD are standard in Baleno – another first for this segment. It is truly a symbol of Make-in-India.”

Besides the one lakh Baleno cars sold, many customers have placed orders for the car and will receive delivery in the next few months. Mr Kalsi said: “I express gratitude to all these customers. This reflects their trust in Baleno. We have optimized our production so that we can deliver their cars in the committed timeframe while ensuring the highest levels of quality”.

India’s largest maker is gearing to launch the in-house developed diesel engine for the first time in India very soon. The new 2 cylinder 793cc diesel engine will first be strapped on the Celerio and […]