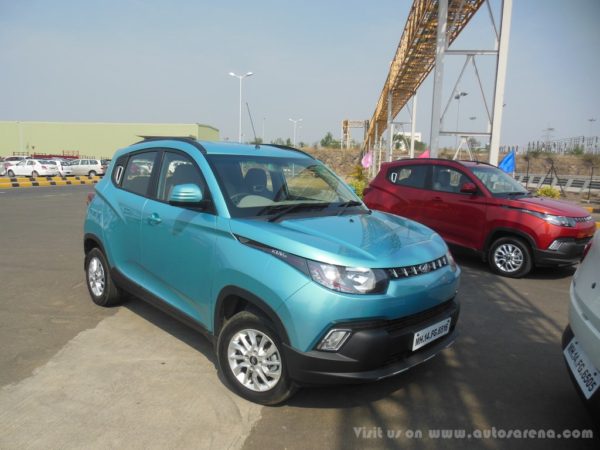 Mahindra to launch world’s most affordable Electric SUV in India.

Mahindra & Mahindra (M&M) along with Mahindra Reva is working on an Electric SUV for the masses. Pegged as the world’s most affordable Electric SUV has been code named S107 and work has begun on the vehicle.

Mahindra acquired Reva a couple of years back and is working on a number new models using Reva’s knowhow on electric vehicle technology which the company has pioneered for the Indian market.

Mahindra Reva first launched the E2O and the next product from the JV was the Electric Verito which was launched recently in Delhi.

“If anyone is preparing feverishly for a disruptive future of mobility, it is Mahindra,” group chairman Anand Mahindra had told shareholders at the 70th annual general meeting this month. Electric cars are a key element of this. While the Verito electric addresses the needs of the practical buyer, a compact electric SUV caters to those who are keen on driving as an experience.

Chief Executive for Automotive Pravin Shah also mentioned about the company’s plan to launch a Electric version of the KUV 100 crossover which is tagged as Micro SUV by the company.

Besides passenger cars, Mahindra is also working on electric commercial vehicles and the company had showcased the Electric Maxximo concept at the 2012 & 2014 Auto Expo.

Mahindra also launch the mild hybrid version of the Scorpio With Intelli-Hybrid system and plans to launch this technology in other models.

Besides Mahindra, Tata Motors and other car makers are working on electric vehicles but very little details are available in the open. There were rumors of Tata to launch an electric version of the Nano also.

With the government offering incentives for hybrid and electric vehicles more companies will also look at introducing models with such technology.

Mahindra & Mahindra is working on a facelift for the current generation Scorpio. With competition heating up from the likes of Renault, Tata Motors, Hyundai and Maruti Suzuki, the utility major wants to keep the […]

India’s largest utility vehicle maker, Mahindra launched the XUV 500 Sportz Edition in India. The Sportz Edition comes with sporty exteriors and added premium features. The XUV 500 is limited to 1000 units only and […]