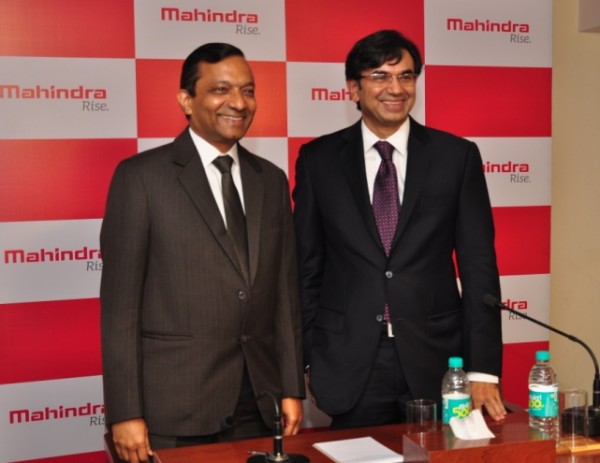 Mahindra Two Wheelers Ltd. (MTWL), an unlisted subsidiary of Mahindra & Mahindra Limited and a part of the USD 16.5 billion Mahindra Group, has made a binding offer to acquire a 51% stake in Peugeot Motocycles (PMTC), part of the Euro 54 billion PSA Group based in France.

Mumbai, India, October 7, 2014: Mahindra Two Wheelers Ltd. (MTWL), an unlisted subsidiary of Mahindra & Mahindra Limited and a part of the USD 16.5 billion Mahindra Group, has made a binding offer to acquire a 51% stake in Peugeot Motocycles (PMTC), part of the Euro 54 billion PSA Group based in France. PMTC (a.k.a. Peugeot Scooters), a key player in urban mobility in Europe for 116 years, is the oldest motorized two-wheeler manufacturer in the world. Peugeot Scooters offers one of the most comprehensive range of scooters and mopeds, from 50cc to 400cc, including the successful three wheeled scooter – Metropolis, in the European market.

The transaction between MTWL and PSA, subject to Works Council consultation, as part of the employee dialogue process and anti-trust law, would involve infusion of Euro 15 million into PMTC to finance projects implemented through the strategic partnership, and further sale of shares by PSA which would allow MTWL to take a 51% stake in PMTC.

Commenting on the development, Dr. Pawan Goenka, Executive Director, Mahindra & Mahindra said, “The coming together of Mahindra & Peugeot is a win-win for the two wheeler businesses of both companies. Mahindra would offer access to the India market, mass market product technology and competence in marketing while Peugeot brings premium range, a strong European footprint, and a globally recognized brand.

This partnership would enable both MTWL and PMTC to speed their international expansion by driving synergies and leveraging respective strengths of both parties”.

Over the past few years, Mahindra has strengthened its position in the two wheeler segment globally. Mahindra Racing competes at the highest level of global motorcycle racing in the Moto3 category of MotoGP, while Mahindra GenZe recently revealed its electric two wheelers in the US market that offer sustainable urban transport solutions to a new generation of US consumers.

In addition, MTWL has introduced several innovative technologies in its award winning range, including the recently launched GUSTO. MTWL also has sales and distribution operations in Latin America, Africa and South Asia. The company has assembly operations in many of these markets.

MTWL would support PMTC’s global growth plan and the brand building effort that enriches the “Frenchness” of the Peugeot brand. PSA would support the Brand and growth strategy by holding a minority share for a long term.

MTWL would be committed to the current leadership team at PMTC. This would be similar to the approach that Mahindra group has followed in other global transactions such as the acquisition of Korean automaker SsangYong.