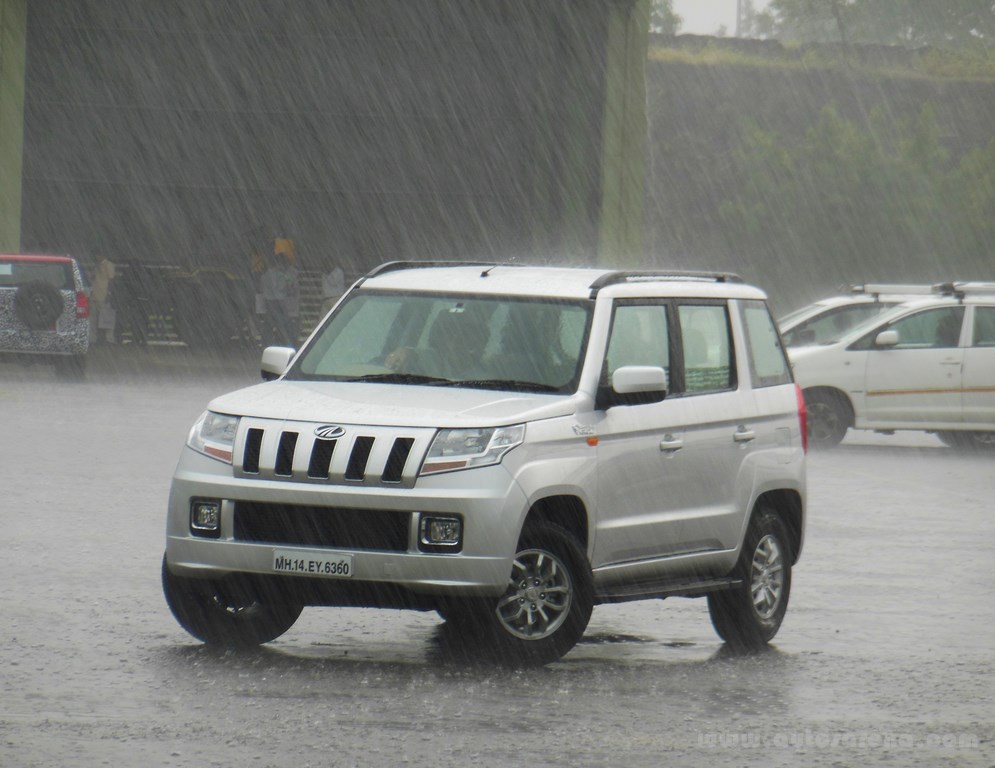 Mahindra unveiled its much awaited ‘battle tank inspired’ TUV 300 at its Chakan plant and we were among the fortunate few who got a chance to test drive the mini battle tank at the test track within the plant premises.

First Impressions: At first sight, the TUV 300 looks fresh and very different from the rest of Mahindra stable. The boxy Jeepish design is very attractive and it gives the TUV 300 a no-nonsense tough SUV stance. Considering that it is a sub 4 metre SUV, the designers at Mahindra & Mahindra have done a fabulous job to make it look proportionate and not chopped-off or stubby like most sub-four metre designs. 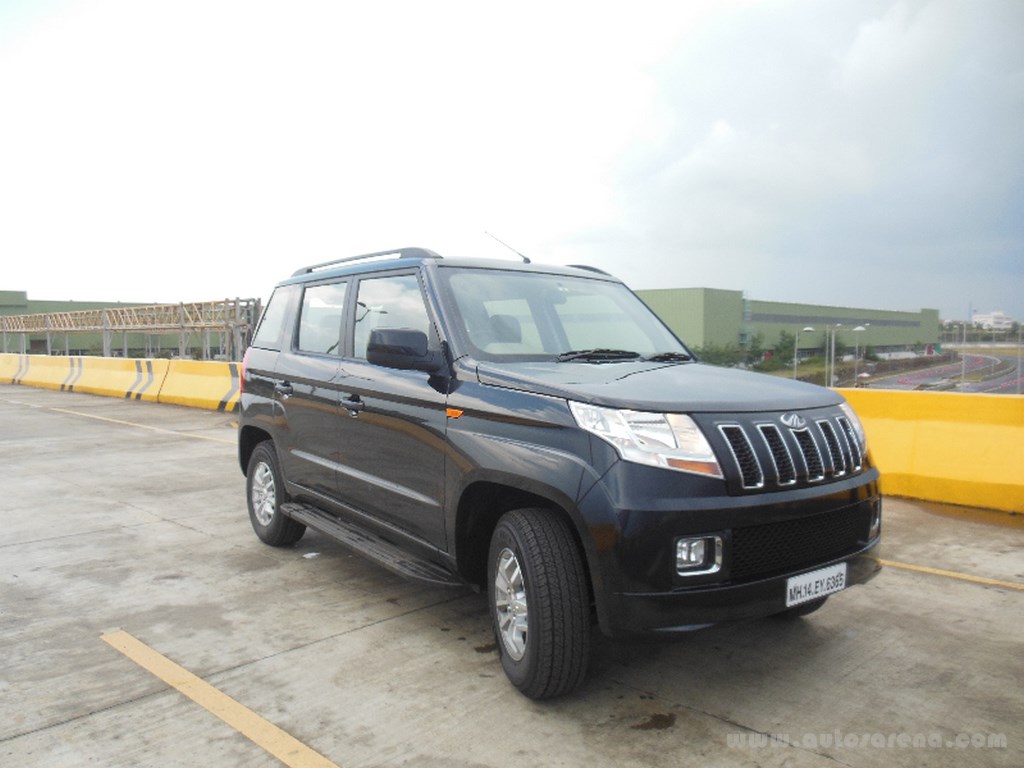 The front looks imposing with high set headlamps, square fog lamps and a large air-dam. The same image is carried over to the sides with muscular wheel arches. The rear looks too plain but definitely not awkward.

The TUV 300 is a tall vehicle and you have to ‘climb’ into the driver’s seat. Once you are inside the cabin, you will surely appreciate how well it is laid out. The dual-tone interiors give a premium and airy feel. 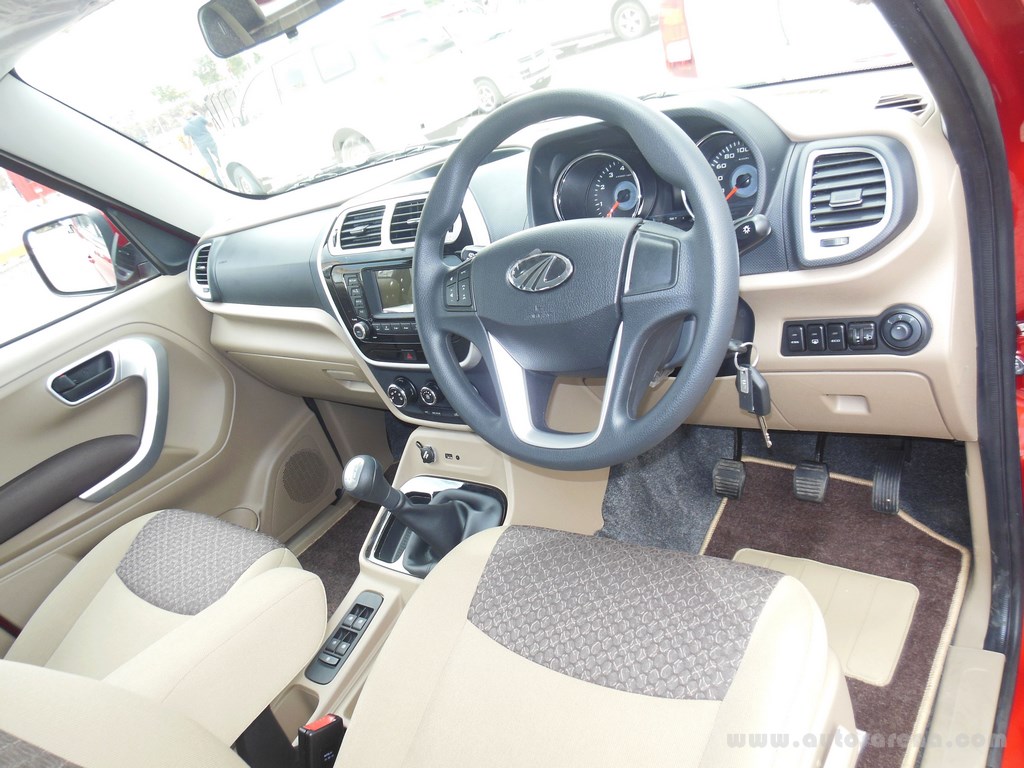 The steering gets audio & telephony controls and it feels good to hold. It is adjustable for reach but not for rake. The driver’s seat gets height adjustment along with an arm-rest for driver as well as the co-passenger. Getting into a comfortable and commanding driving position is really easy in the TUV 300.

The top-end which we drove comes equipped with an infotainment system and an attractive looking twin-pod instrument cluster. The foot-well is deep enough to comfortably stretch your legs. There are enough storage spaces and cup holders. The second row has a flat bench seat that can comfortably seat 3 passengers.

The back rest angle is a bit upright though. The legroom is okay but there is enough space beneath the front seats to slide your legs. The second row gets adjustable head rests and retractable seat belts but no centre arm-rest. There are no aircon vents for the second row but the cooling is fast and the air throw from the dashboard should keep the second row passengers comfortable. The jump seats in the third row could be used by children. The boot space is 380 litres which can be considered generous is a sub-4 metre vehicle. Overall the cabin is a good place to be in and full marks to Mahindra on that count. 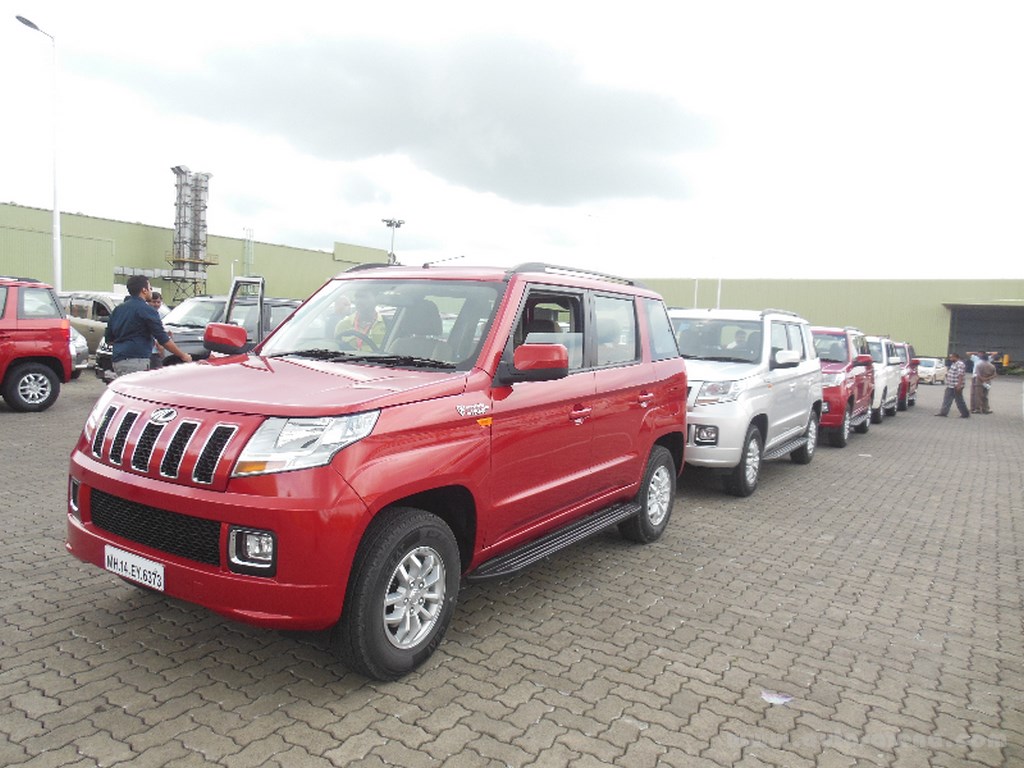 Turn on the ignition and you realize that the engine is very refined. But the moment you shift the gear from neutral to first, you will realise that the gearbox is not slick and has a long throw. The slightly heavy steering reminds you that this is an SUV and not a hatch or sedan. The clutch is light and the TUV 300 with its new 1.5 litre diesel mHawk80 engine is quick to reach 100 kmph mark.

On high speeds too the TUV 300 feels much planted and braking hard doesn’t mess up its composure. However, body roll is very evident in this tall SUV. Since we drove the TUV 300 on Mahindra’s smooth tarmac track, suspension and handling on rough and uneven surfaces could not be judged. However, after driving the new Scorpio & XUV500 we can confidently say that Mahindra engineers must have done their homework right in the suspension department too. 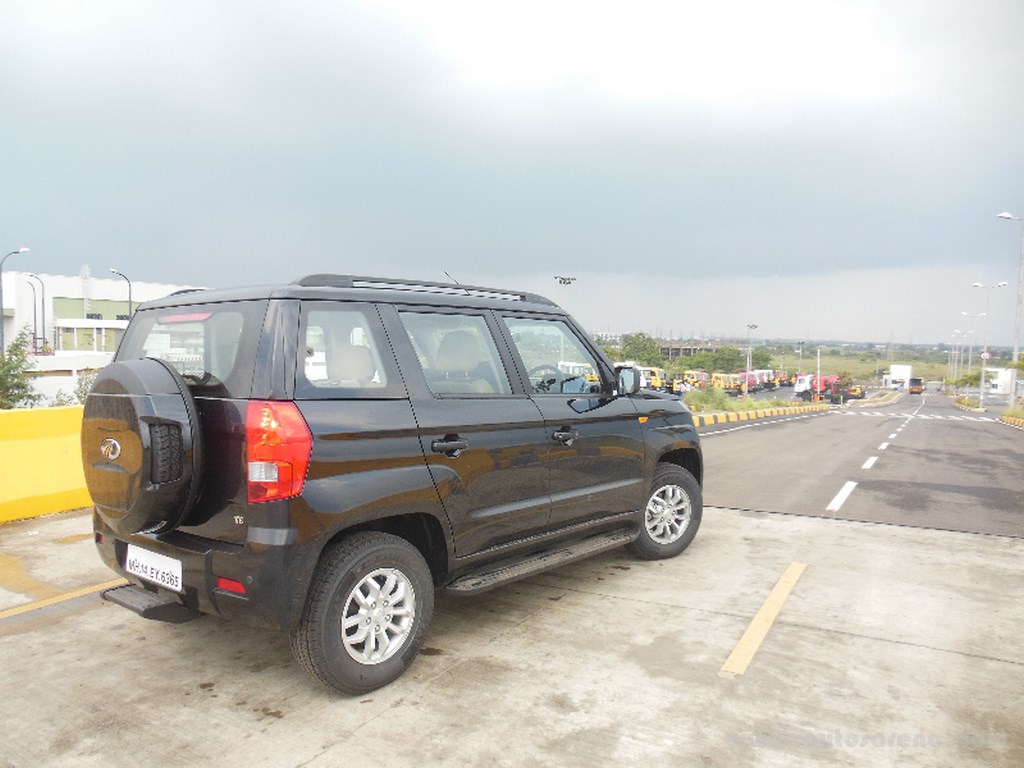 The TUV 300 is a late entrant into the compact SUV segment but it will surely spoil the party for other compact SUV and crossover players. Overall, the TUV 300 is such a well-researched and well executed product that Mahindra can convincingly justify its late entry. The Mahindra engineers have done a remarkable job of delivering a fabulous compact-SUV, given the constraints of size and cost.

The TUV 300 looks smart, is finished with above-average levels of quality, and drives well too. If you are looking for a compact SUV with a Rs. 10 Lakhs (on-road) budget, then we would almost certainly book this one!

Group Chairman of Mahindra & Mahindra has got himself a new pair of wheels. Mr. Anand Mahindra has bought a new customised TUV 300 SUV for personal use. During the launch the Chairman had showed […]