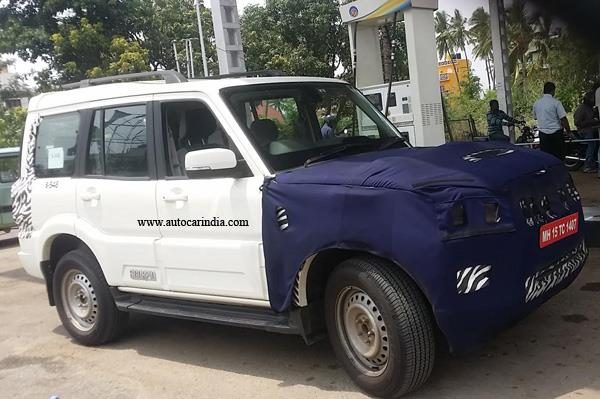 Mahindra & Mahindra is working on a facelift for the current generation Scorpio.

With competition heating up from the likes of Renault, Tata Motors, Hyundai and Maruti Suzuki, the utility major wants to keep the sales chart moving up with the launch of Scorpio facelift.

The new generation Scorpio was launched in September 2014 and will complete 3 years making it ready for midlife facelift.

From the pics, we can safely assume the changes are limited to the front grille, front bumper and rear. The rear tail lights could get new design with a new rear profile to match the overall design. 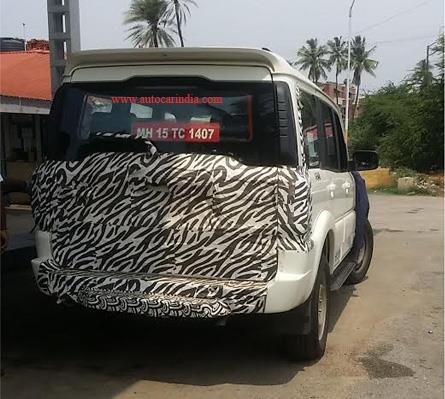 We can also expect Mahindra to throw in more gadgets like telematics, better interiors and safety equipment like ABS and Dual airbags as standard.

The Scorpio facelift will get the new 2.2-litre mHawk unit which is expected to develop 140Ps (up by 20Ps) with an increase in torque figures as well. The engine will continue to be offered with a six-speed manual and automatic gearbox from the current.

Mahindra had introduced the Scorpio with Intelli-Hybrid technology which helps reduce fuel consumption by assisting the engine with electric power during acceleration, by automatically switching the engine off while the vehicle is stationary and by reusing recovered brake energy.

The system integrates auto start-stop, brake energy recuperation, a larger capacity battery and a starter motor that functions as both an alternator and a motor that provides a mild electrical boost in certain driving conditions.

India’s largest utility manufacturer Mahindra & Mahindra has recalled 900 units of the bestselling SUV Scorpio EX variant to replace a faulty pressure regulating valve. The recall is only on the EX variant that were […]

Mahindra Electric, a part of the Mahindra auto division launched the most anticipated electric car eVerito in the Indian market. The all-electric, zero-emissions sedan is priced at Rs. 9.50 lakhs for the base variant inclusive […]