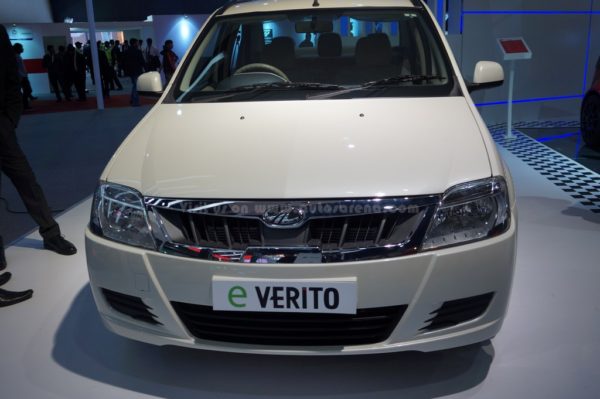 The full electric sedan e-Vertio will be available in three trims similar to the diesel variant -: D2, D4 and D6.The e-Vertio  is powered by the latest electric drive train from Mahindra Reva and it is a 100% zero emission, green vehicle. The electric sedan is powered by a 72 V 3-phase AC induction motor that produces a maximum of 30.5 kW (41 hp) and maximum torque of 91 Nm. The electric car is capable of a company-claimed top speed of 86 (+/-2) kmph.

In one charge, Mahindra eVerito can travel for up to 100 kms based on vehicle loading and can achieve a top speed of 86 kmph. It also comes with ECO drive mode and remote diagnostics which includes real time and immediate assistance no matter where you are.

The sedan can be charged at home and can also be quick charged in 2 hours through fast charging (top-end). One of the key features in the D6 variant is fast charge mode, which recharges the batteries in just 2 hours, while the lower variants will take around 8 hours for a full charge. 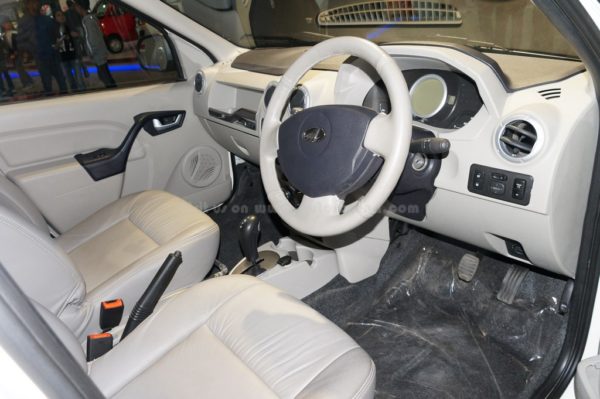 The e-Verito will benefit from the FAME (Faster Adoption and Manufacturing of Hybrid and Electric vehicles in India) scheme which offers incentives on electric and hybrid vehicles. Another benefit the car gets is the latest VAT reduction in the capital city on electric and hybrid cars. Both in total will help to reduce the overall price of the car and Mahindra could price the competitively to ensure higher volumes.

Except the car pricing to be in the range of Rs. 8 – 9 lakhs