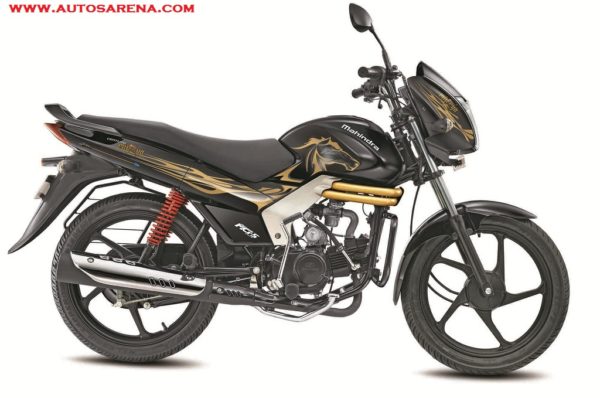 Bike released as part of the association with upcoming movie ‘Mirzya’.

There are no major changes to the Centuro Mirzya apart from special decals with Mirzya on the rear end.

The Centuro also features Anti-theft Alarm with Engine Immobiliser that locks the engine and triggers a loud alarm when the wrong key is used. The motorcycle is also equipped with Find-Me Lamps and a Guide Lamp.

The Single Cylinder, 4-stroke, Air cooled, MCi-5 engine produces Maximum Power of 8.5 PS @ 7500 rpm and Maximum Torque of 8.5 Nm @ 5500 rpm. The engine is mated to a 4 speed transmission and comes with an option of electric and kick starter.

According Mr. Rohit Khattar, Chairman Cinestaan Film Company Pvt. Ltd the Centuro motorcycle is an integral part of the lead character in the movie.

The Centuro Mirzya will be officially launched on the 7th Of October and the prices will also be announced on the same day.