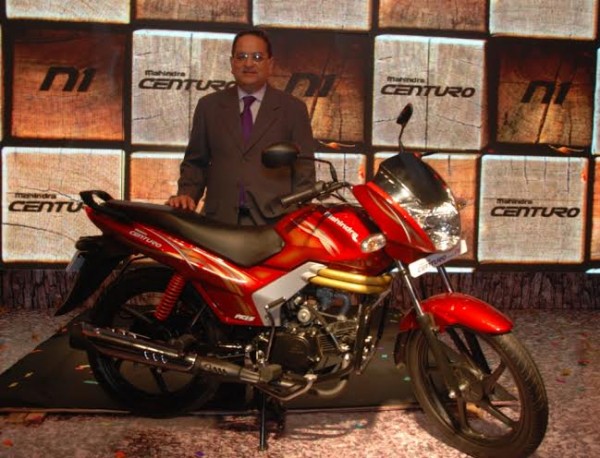 Mahindra Two Wheelers launched the Centuro N1 motorcycle in Pune. The company also celebrated the milestone of over 1 lakh sale of Centuro within a short span of 6 months which boasts of internationally patented features & technology innovations. The Centuro N1 is priced at Rs. 45,700, cheaper by Rs. 2000 compared to the regular variant.

The motorcycle is powered by an indigenously developed intelligent MCi-5 (Micro Chip ignited-5 curve) engine which delivers 8.5 BHP @ 7500 RPM and an astounding mileage of 85.4 kmpl (ARAI).

The new variant comes with a analogue instrument cluster as compared to the digital cluster available on the Centuro. The N1 comes with following features patented Anti Theft Alarm with Engine Immobiliser, encrypted Remote Flip Key, Find Me Lamps and Guide Lamps.

Maihndra has been riding high on the success of Centuro and have sold more than 1 lakhs units in just 6 months. The company has also ramped up their production at their Pithampur plant thereby reducing their waiting period to 7-10 days.

Mahindra has 1000 touch points and 390 dealers across the country.

Mahindra 2 wheelers are all set to launch the new Mojo motorcycle in the Indian market and have unveiled the logo. The official launch is on October 16th. The Mahindra Mojo 300 launch has been […]