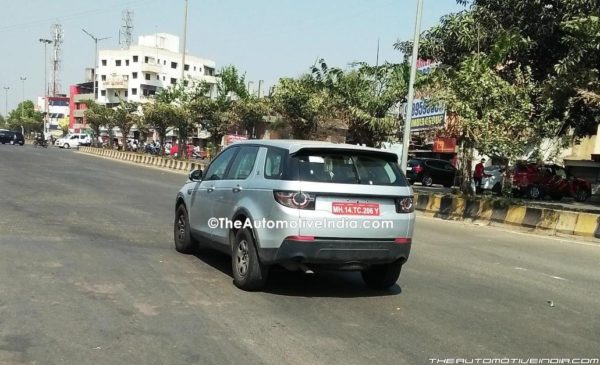 A member from The Automotive India has spotted a mysterious Land Rover Discovery Sport which temporary plates in Pune which is also the home ground of Tata Motors.

The mystery is the Discovery Sport was spotted with steel wheels and single exhaust.

Now there are numerous questions which arise in one’s mind. 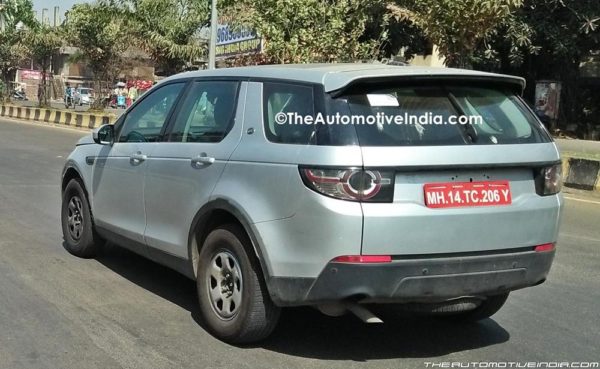 However Tata Motors will use a Fiat 2.0-liter MultiJet II diesel engine which will also be shared with the Jeep Compass SUV. The engine will be mated to a 6 speed manual and 6 speed automatic transmissions.

Land Rover will be helping Tata Motors to fine tune the vehicle and will also feature an AWD system with a Terrain Response program from Land Rover.

The new flagship SUV will most likely be showcased at the 2018 Auto Expo in Delhi. The new SUV will be positioned above the recently launched Hexa and will compete with the likes of Hyundai Tucson, Mahindra Rexton, Base models of Toyota Fortuner and Ford Endeavour in terms of pricing.

The SUV will most likely be launched in 2018 and will be sold as a global SUV. Tata Motors may launch the new Global SUV in markets like South Africa, Australia, Vietnam, Indonesia, Thailand, Nepal, Sri Lanka and Latin America.

Tata Motors is most likely to launch the Ultra 614 (Ultra Narrow) which comes with a narrow cabin for better manoeuvrability in the Indian and international markets. The new Ultra Narrow was showcased at the […]

Global Premiere of next generation Passenger and Commercial vehicles 26 Integrated Mobility Solutions showcased through thematic zones across the pavilion New Delhi, February 7, 2018: With a fresh new appearance, in the 150th year of […]

Tata Motors is gearing to launch their second new product; a compact sedan based on the Zica platform. The Sway compact sedan as it is mostly likely to be called will be unveiled at the […]