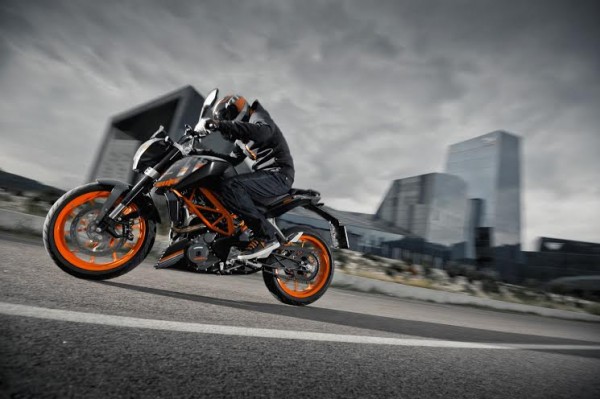 KTM introduced a new colour option Midnight Black on the recently launched Duke 390. The new colour scheme was first seen at the EICMA show in Milan, Italy in November 2013 and is now be available on the Duke 390 at all KTM showrooms across the country.

The KTM Duke 390 has received an overwhelming response in the Indian market and has also begged many “Bike of the Year” awards. The Duke 390 is available at Rs. 1,86,500 (Ex-showroom New Delhi).

The Duke 390 is powered by 373cc single cylinder 4-stroke, water-cooled engine which develops 32 kW (43 hp) max power and 35 Nm of torque. Built on a Tubular space frame made from steel, powder-coated the street naked bike weighs only 154 Kgs (Kerb weight).

KTM currently has 115 operational stores across the country; the most for a Premium Sports Motorcycle Brand in India. KTM will introduce the RC200 and RC390 in the Indian market in this year. We are certain the bikes will be showcased at the 2014 Auto Expo. 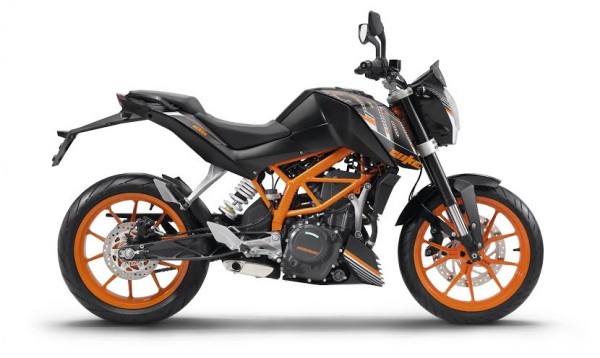 KTM to organize Orange Day in Mumbai on 15th November, 2014

What – KTM Orange Day – Bike racing When: Saturday, 15th November, 2014, 5:00 PM Onwards Where: Ajmera I – Land, Opp Imax Wadala, Mumbai KTM owners from across the city to compete in an exciting […]

We get a sneak-peak at the details of standard accessories and the Optional Kits for BMW G 310R. Ever since the news was out that the BMW G 310R will be cheaper than KTM Duke […]