Bajaj Auto announced the launch of the all-new KTM Duke range comprising the 390 Duke, 250 Duke and 200 Duke. The surprise element was the introduction of Duke 250.

KTM is one of the fastest sports bike manufacturers in the Indian market and has a 48% growth in CAGR with over 1 lakh units sold since the brand was first introduced in India in 2012. KTM alone has a 33% market share in the sports bike segment and together with Bajaj commands over 50% market share.

When compared with premium brands alone KTM has an 80% market share. 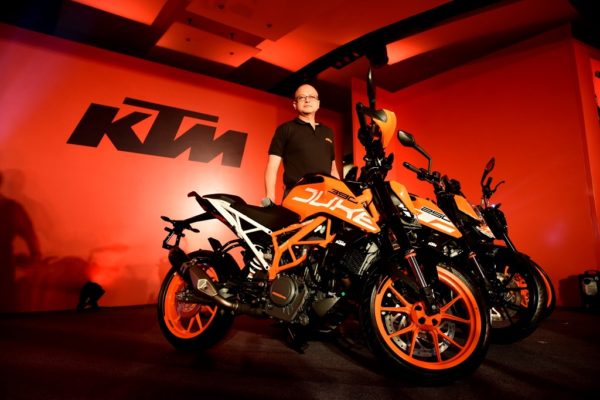 The company announced bookings for the 2017 KTM Duke range and the bikes have begun reaching dealerships. KTM has around 325 dealers across India.

The aggressive design is complemented by a powerful engine churning out 43.5 Ps pf power and 37 Nm torque and a host of new premium features like Ride-by-wire which guarantees a smooth throttle response by eliminating the throttle cable and the use of sensors instead, a first-in-class multi-color TFT display console that is also enabled to pair with a smartphone and controllable from the handlebar.

A larger 320 mm rotor for the front disc brake increases stopping power and in tandem with an ABS by BOSCH and a slipper clutch the safety equipment on the 390 Duke is unmatched. 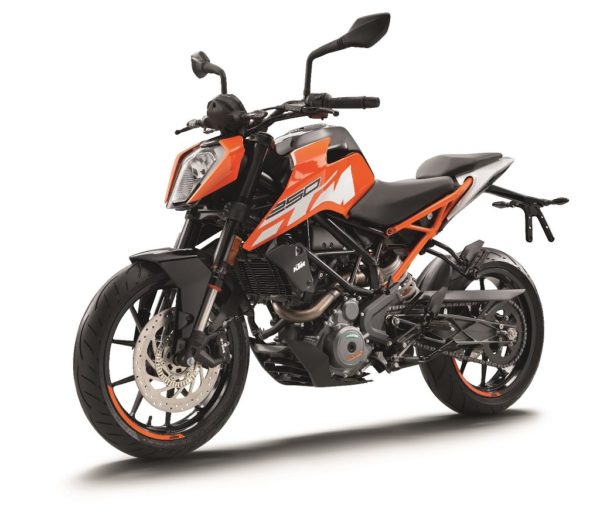 A new entrant to the Duke family in India is the 250 Duke. The bike does 30Ps power, and comes with a slipper clutch and an ultralight chassis which with the newly developed bolt-on subframe .The 250 Duke has been introduced in White and Orange color schemes.

This bike will offer an upgrade to customers who have ridden the KTM Duke 200 or the Pulsar NS 200.

Wonder if Yamaha prompted Bajaj to take this step as the Japanese bike maker recently introduced the FZ25.

Duke 200 – Gets Minor updates only 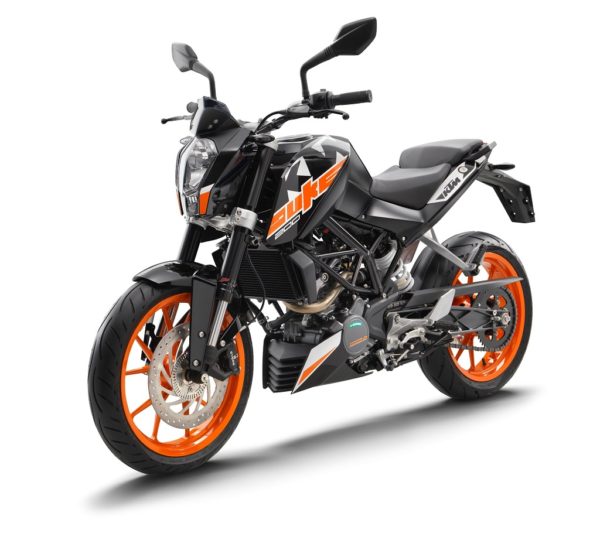 The 200 Duke which has been by far the most popular premium naked in country also received a refreshed graphic scheme for 2017 and will continue to be available in Orange, White and Black colors.

All products in the 2017 KTM Duke range would be BS-IV compliant.

KTM introduced a new colour option Midnight Black on the recently launched Duke 390. The new colour scheme was first seen at the EICMA show in Milan, Italy in November 2013 and is now be […]

KTM to organize Orange Day in Delhi on 22nd November, 2014

KTM to organize Orange Day in Mumbai on 15th November, 2014

What – KTM Orange Day – Bike racing When: Saturday, 15th November, 2014, 5:00 PM Onwards Where: Ajmera I – Land, Opp Imax Wadala, Mumbai KTM owners from across the city to compete in an exciting […]