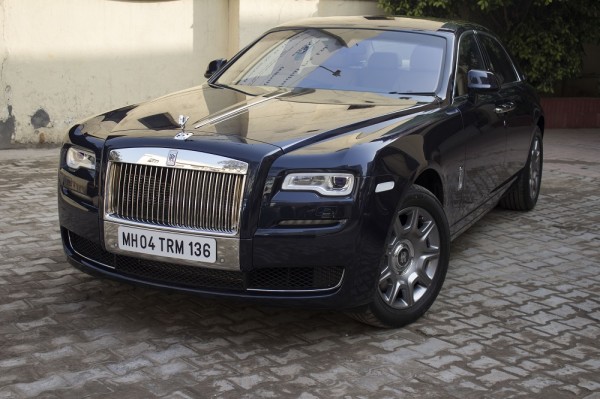 As the National Tourism Award Winner for Best Tourism and Logistic Services, KTC (India) has pioneered luxury car and coach travel in the country. It owns and operates the largest fleet of imported luxury cars in India including the Mercedes E and S Class, the BMW 5 & 7 Series and the Audi A8L among others.

With the burgeoning extravagant-wedding market in the country, there is a huge demand for deluxe cars that make a grand impression while greeting the new bride. The Rolls Royce Ghost – Series II exudes sophistication, class and charisma, making it the most-favored pick for arriving in style to high-profile events.

Mr. Gurudev Ahluwalia, CEO, KTC (India) Pvt. Ltd said, “It’s a matter of great pride for us to launch the ritzy Rolls Royce Ghost Series-II and give a seamless and sophisticated experience to our high-end clients.  The launch is a testament to the fact that we are pulling all stops to upgrade our standards and provide the patrons with the best-in-breed services.”

The tariff of the car is given below:

KTC (India) Pvt. Ltd has introduced Rolls Royce Ghost – Series II at a time when the luxury market in India is prospering at a rapid pace, creating a rise in the demand for such lush and lavish four-wheelers and catering to the upscale section of the society like never before.

KTC (India) Pvt. Ltd, Was founded in 1943 as a Luxury Tourist Transport Operator. KTC (India) Pvt. Ltd (formerly known as ‘Karachi Taxi Company’) pioneered the art of luxury car and coach travel in India. Even before India’s independence KTC(India) owned and operated the largest fleet of imported luxury cars and coaches in the country. KTC (India) has been the proud recipient of prestigious National Tourism Award for several years in succession from the Ministry of Tourism, Government of India.