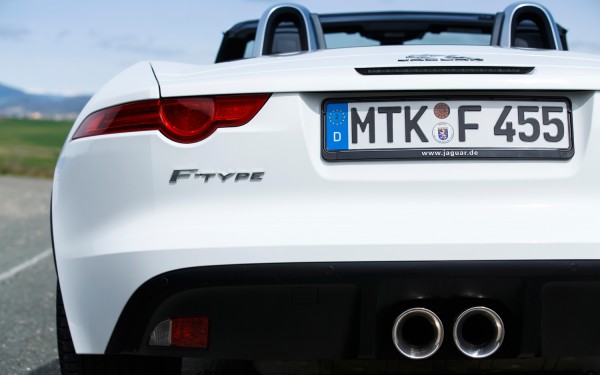 The head of Jaguar and Land Rover India’s PR & Communications, Mr. Del Sehmar has confirmed that the company’s next big launch, the F-Type convertible will be here in a month’s time. 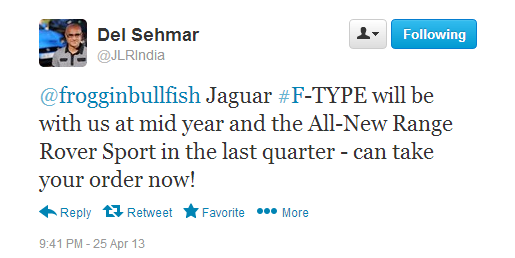 We are told that the company is currently organizing an F-Type Media Drive for the international press at the Navarra Circuit in Spain. A handful of Indian publications and TV networks are also a part of this drive and hence it is only a matter of time till we start seeing online reviews pop up on the internet.

Del further revealed that the company’s new Range Rover Sport SUV will make its Indian debut at the end of this year. Both the F-Type and the Sport SUV will be imported here as CBU (Completely Built Up) units, which means a price tag in excess of a Crore apiece is a possibility.

The F-Type roadster is powered either by a supercharged 3.0 litre V6 petrol motor that pumps out 380 bhp or a monstrous supercharged 5.0 litre V8 which belts out 500 horses. This baby-Jag will be available in three variants – the F-Type, the F-Type S and the F-Type V8 S and will see competition in form of the BMW Z4 and the ageing Mercedes Benz SLK-Class.

The new Range Rover Sport on the other hand will be replacing the previous generation SUV that currently sells at the company’s Indian dealerships. Land Rover depicts the SUV as “the fastest, most agile and most responsive Land Rover ever” and one of the more important models in its line-up. It will be positioned below the Discovery 4 & the new Range Rover and will take on the Audi Q7, BMW X5 and the soon to be launched Mercedes Benz GL Class, when it launches here.

The Sport sold globally is available in three engine specifications; two Diesel’s and a range-topping Petrol. The Diesel is a 3.0 litre V6 available in two states of tune – TDV6 (255hp) and SDV6 (288hp), whereas the petrol power comes from a 5.0 litre V8 engine rated at 503hp. Both the Petrol and Diesel engines come mated to an eight-speed electronically controlled ZF 8HP70 automatic transmission and a Start Stop system as standard.

Interested buyers for both the F-Type and the Range Rover Sport can now place their order with Del on Twitter. Though we don’t think so Twitter’s 140 character limit will be good enough to allow you any customization to your car.

We were excited to read about the Heritage vehicle display at the India 4×4 week and we did make it to the special display dome. Apart from a few Land Rover Defenders and older generation […]