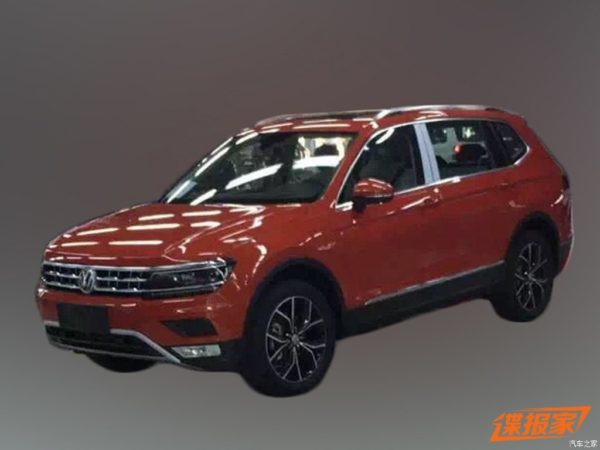 Volkswagen Tiguan 7 Seater to be launched in India.

Earlier this year Volkswagen showcased its SUV offering, the 5 seater Tiguan at the 2016 Auto Expo.

Recently the production-ready India bound 7 seater Tiguan version has been spied. The prototype presented at the Auto-expo was a 5-seater model but the spied version though indicates a 7-seater offering.

At the very outset the Tiguan looks big and feels spacious from outside. The 7-seater variant is expected get a good 100 mm extension in its wheel-base.

According to reports, the 7-seater Tiguan has minor changes at the front with a redesigned chrome grille and silver bumper. The rear will be same as the one showcased at the expo. The interiors though have been tightly kept under the wraps as the company wants to keep up the interest levels towards this car. 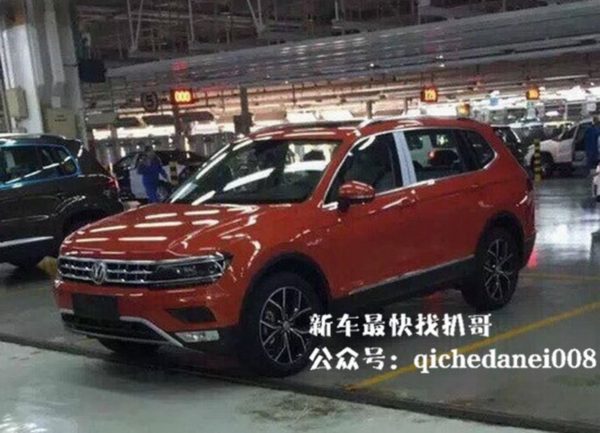 Petrol & Diesel engine to be offered

The engine options include the highly successful 1.8 litre TSI petrol for the motoring enthusiasts. The 2.0 litre Diesel offering from the current VW line-up will be on offer. Transmission option include a 6 speed MT and 7 Speed DSG.

With the growing anti-Diesel sentiments and the petrol gaining its lost ground it will be of interest to see how VW approach the launch especially in the Indian market.

In India though the Tiguan will come in as a CKD offering which in all likeliness will be assembled at the company’s Maharashtra plant in Aurangabad, but Chakan could also be an option.

The Tiguan will go head to head with Toyota Fortuner, Ford Endeavour, the yet to be launched Nissan X-Trai and Honda CR-V.

The Tiguan is expected to be priced around the Rs. 30 lakhs range but Volkswagen might rethink their opinion on the pricing point in-order to attract a huge customer base for the product.

Volkswagen will launch this product globally before the end of the year.

German luxury car maker is betting high on the soon to be launched Ameo compact sedan to regain the lost confidence in the Indian car market. In a bid to attract more buyers the company […]

Volkswagen Polo facelift is still a month and half away, but the car has been spotted completely undisguised in Pune. The Polo facelift will get changes on the outside, inside and an important change under […]