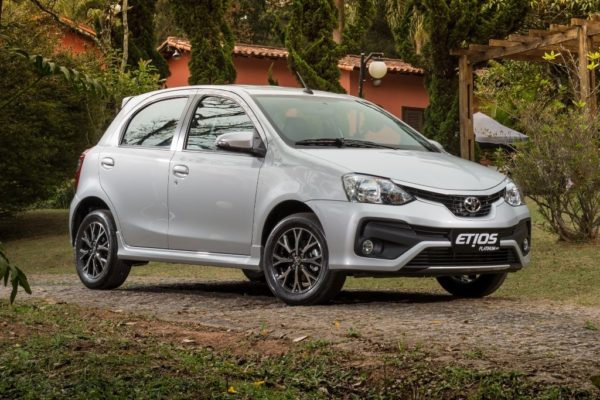 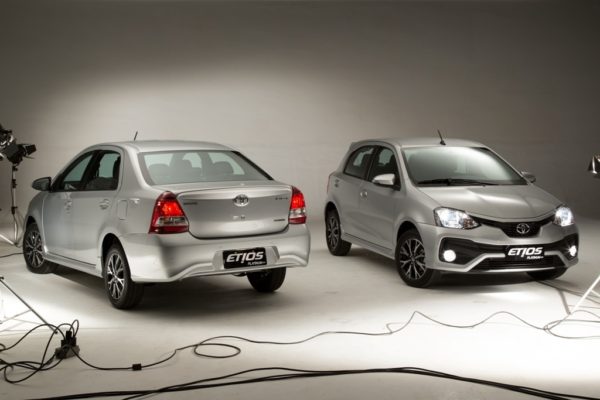 Toyota has launched the facelifted Etios series in Brazil. Christened as Etios Platinum the Etios twins get a host of new features on the front and rear.

Toyota had introduced the facelifted Etios sedan and hatchback in Brazil in April 2016 and the improvised versions have not been launched in India.

The facelifted series received minor update outside, while the interiors a big step as compared to the previous editions.

Interiors are carried from the top end ELX grade which features black dash with piano black centre console, new flat bottom steering wheel with audio, phone controls, AC vents with chrome rings and a digital instrument cluster which is definitely a big upgrade as compared to the instrument cluster available on the current Etios.

Etios Platinum edition is powered by a 1.5-litre Dual VVT-i flex-fuel engine which develops 107 hp and is mated to a new 4-speed automatic transmission option.

The Toyota Etios Platinum edition is offered as a top variant and priced at R$ 62,490 for the hatch and R$ 65,990 for the sedan variant.

The facelifted Etios sedan and hatch will get all these changes when the vehicle is launched in the Indian market later this year.

The Bangladesh Bhutan India Nepal (BBIN) Motor Vehicles Agreement, signed on June 15, 2015, allows vehicles to enter each other’s territory and does away with trans-shipment of goods from one country’s truck to another at […]