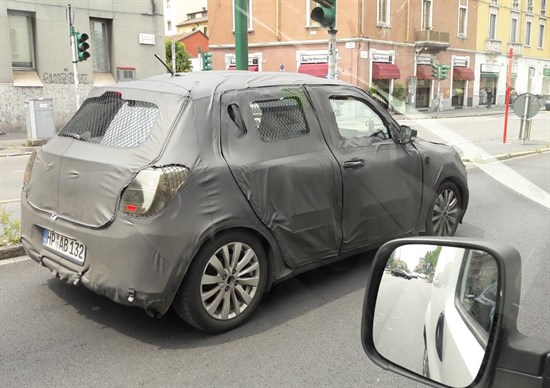 Suzuki next-gen Swift to be launched in 2017, India launch could happen in second half of 2017

The ever popular and stylish Maruti Suzuki Swift is set for a make over and is expected to hit the Indian shores by mid 2017. According to sources Suzuki (as it is globally known) would unveil the next-gen Swift during the upcoming Paris motor show.

The company is seen sweating it out to fine tune the Engine in International waters.

In all probabilities the Design of the next-gen Swift will be based on the recently launched and extremely futuristic Baleno which has been received warmly by the Indian market.

This means that Swift will be getting a complete make-over ranging from a newer and bolder head-lamp cluster to a sportier tail-lamp cluster along with the liquid-flow design which it will borrow from the Baleno.

On the power-train front the company is expected to continue the highly successful 1.2 liter K-series 4 pot motor which might be tuned even finer for better emission and fuel economy characteristics while the company is contemplating on introducing a brand-new Diesel engine.

It remains to be seen as to whether the company is willing to bring this to India or continue with the older Engine. The noticeable aspect of this vehicle is that it is bound to give a much improved fuel-economy because of the much lighter platform it based upon as compared to the current selling model.

On the interior front, the company has decided to completely revamp it and again most of its design elements are borrowed from the Baleno. This move will certainly give the Next-gen Swift a completely refreshed look both on the Inside as well as on the outside. It would be interesting to see as to whether the company delivers what ever it has promised for the Indian market.

The next-gen Suzuki Swift rendering have been revealed. Launch likely in 2017 One of the most loved and lauded car of all time, the Suzuki Swift is bound for a makeover. The outgoing model of […]