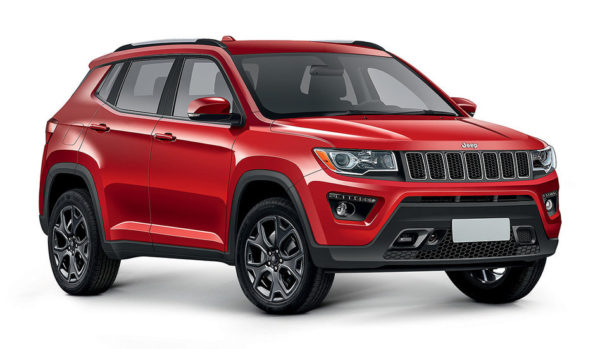 The Iconic Jeep brand has made its intentions clear by announcing its entry into the Indian market at the 2016 Auto Expo.

Jeep will bring the premium into the Indian markets via the CBU route making it slightly expensive while plans to locally assemble them in the future.

The Iconic SUV has plans to introduce two smaller models for the Indian market. These will be available through CKD route and will be assembled locally at the FIAT’s facility nearby Pune.

One of the smaller models codenamed Jeep 551 will be unveiled globally at Sao-Paulo motor show in November later this year.

The 551 SUV is expected to be placed above the smallest offering from Jeep, the Renegade and will compete with the likes of Hyundai Santa Fe, Toyota Fortuner and Ford Endeavour.

The Jeep 551 will be powered by a 170 bhp 2.0-litre Multijet II diesel engine which is going to be locally assembled.

The same engine will be seen in the Flag-ship SUV from Tata which is considered to be a blessing in disguise in terms of spare parts availability.

The American SUV maker is testing a smaller Renegade SUV for the Indian market. The news isn’t officially confirmed by the company although we presume it will be announced soon.

The Jeep has some really big plans for the Indian market indicated by the fact that the Pune facility is just their fourth globally. It will be interesting to see how it stands up to the competition.

Jeep will be sold via independent dealers and could use FIAT dealers in select cities to start with.

Jeep finally to arrive in India, official debut next month

Grand Cherokee, Grand Cherokee SRT & the Wrangler Unlimited to kick start Jeep operations in India. Jeep first made an announcement to enter the Indian market in 2012 and since then the American brand […]

FCA India rolled out the first locally manufactured Jeep Compass SUV from its Ranjangaon facility in Pune. The vehicle was rolled off the assembly line in the presence of Maharashtra Chief Minister Mr. Devendra Fadnavis, […]