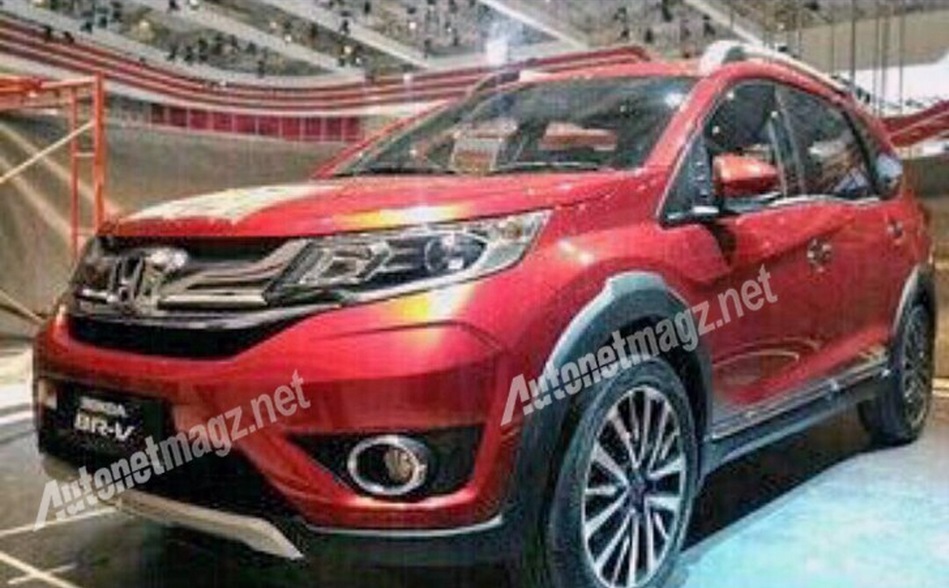 The all new Honda BR-V concept SUV has been caught undisguised before the global premiere at the Gaikindo Indonesia International Auto Show 2015 (GIIAS 2015). The new BR-V SUV will be the fourth product to be built on the Brio platform and is all set to make its entry in the Indian market in 2016.

The Honda BR-V was spotted by Indonesian website AutonetMagz while the crew were preparing the SUV for the unveiling ceremony which happens tomorrow.

The BR-V will embody the new ‘XCITING H DESIGN’ language and looks close to the company images shared by the company a few months before. The design looks very attractive and could certainly be a head turner if the production version does carry forward most of the design. 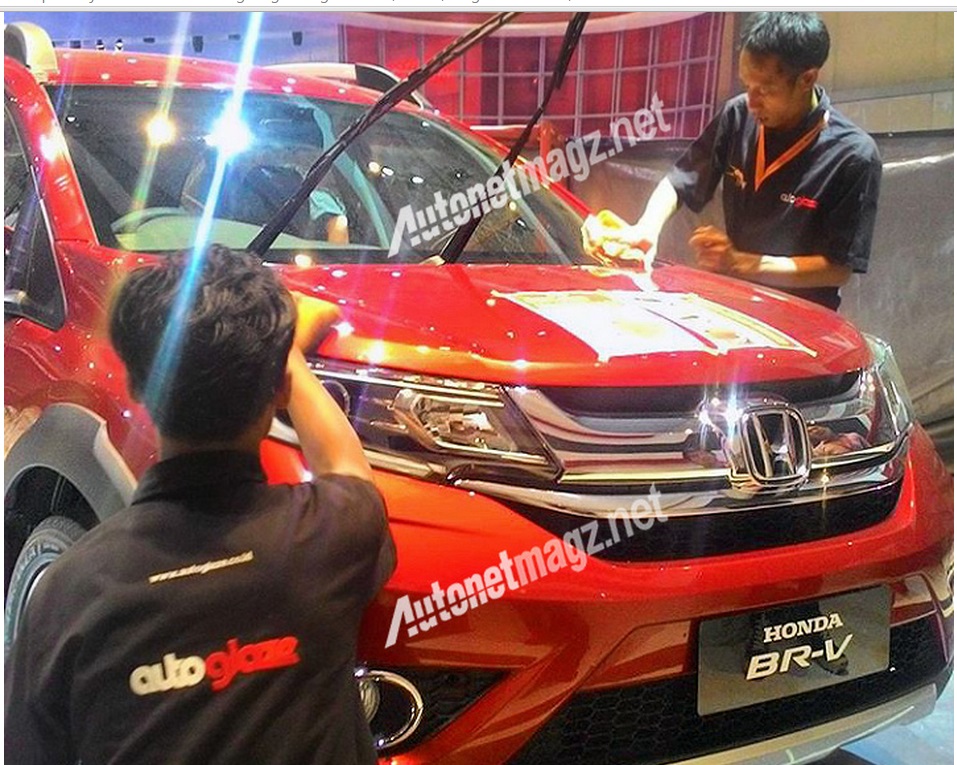 The chrome bar neatly integrates with the headlamps and complements the front design with large bumpers and air damps. Overall design is butch and masculine.

The BR-V SUV will most likely be powered by the same 1.5-liter i-VTEC engine used on the City and Mobilio, and in some markets would get the higher specification 1.8-liter i-VTEC engine. A five speed manual and CVT could also be offered.

In terms of equipment the SUV will be offered with latest safety features and ESP and traction control could also be offered.

For India the 1.5 i-DTEC and 1.5 i-VTEC engines will do the duty on the BR-V SUV. The SUV will not borrow the interior design similar to the one found on Amaze compact sedan and Mobilio MPV. Transmission options for India will most likely be the 5 speed MT, 6 speed MT on the diesel and CVT on the petrol. It would be interesting if Honda could also launch a diesel automatic variant.

Honda Cars India has hinted strongly of the new BR-V SUV for the Indian market and will help the company expand its portfolio in the growing SUV segment. The BR-V when launched will compete with the likes of Renault Duster, Nissan Terrano, Hyundai Creta, Maruti Suzuki S-Cross and upcoming compact SUV from Tata Motors.

We could expect the BR-V SUV showcased at the 2016 Auto Expo and launch could most likely happen during the second half of the year. When launched the BR-V will be the seventh product in the Indian market and could help the company script another success story. Honda has been working hard to get profitable and also increase market share and with successful products like the Honda City, Jazz and Amaze the BR-V could help the company leap ahead of Hyundai. 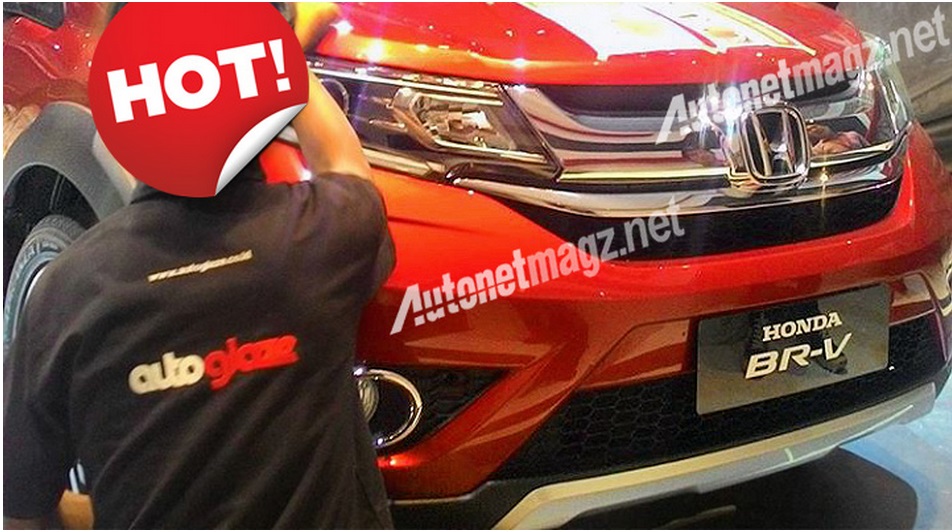