Honda has launched the 2017 Mobilio facelift in Indonesia. The Mobilio has received its second major update since launch. The MPV first received new interiors and now Honda has done major changes to the sheet metal to the give the Mobilio a fresh look.

Honda did not upgrade the Mobilio for the Indian market as the sales had dropped below 250 units per month and the MPV did not see any major buyers.

The new refreshed Mobilio facelift is very likely to be introduced in the Indian market this year.

The 2017 Mobilio gets a completely revised front end which includes new chrome grille similar to the City facelift and coherence with the new family look, new squarish headlamps, a new bumper which gives the MPV a bolder look. The other changes on the outside are new design alloy wheels and chrome applique at the rear.

The new design gives the Mobilio MPV a SUV like look which could help to attract customers who stayed away as the MPV looked like an extended Brio. 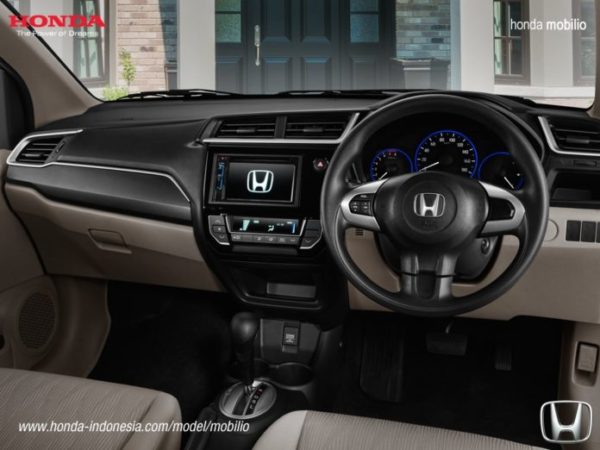 On the inside the Mobilio gets the same dashboard available on the Amaze sedan with digital A/C with display, touch screen system and new air-vents. Seats get adjustable headrest unlike the integrated available on the Brio and Amaze.

Engine options on the 2017 Honda Mobilio will continue to be the 1.5-litre petrol and 1.5-litre diesel units which are also available on the Honda City and BR-V.

The Mobilio could be launched in the Indian markets mid-2017 and could get price revision with prices most likely to see a small hike.

In the 10 lakhs below MPV segment is currently ruled by the Maruti Suzuki Ertiga while the other options include the Renault Lodgy and Chevrolet Enjoy which average below 1000 units.

Japanese car maker Honda, unveiled the new Honda BR-V prototype SUV at the Gaikindo Indonesia International Auto Show 2015 (GIIAS 2015). The Honda BR-V made its world premiere in Indonesia and the production model will […]