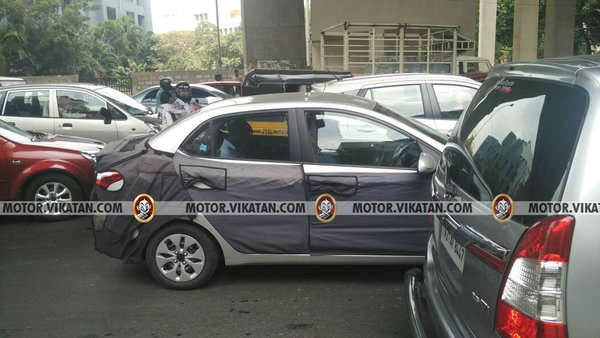 Hyundai India has started testing of the Xcent facelift compact sedan in the Indian market.

The Xcent facelift will mostly launch around April-May 2017 which will also see 2 more compact sedans – Maruti Suzuki New Swift Dzire and Tata Motors Kite 5 Sedan to be introduced in the Indian market.

The refreshed Xcent compact sedan will adopt styling to the Grand i10 facelift which will be launched very soon in the Indian market.

The front gets subtle changes with a new bumper, fog lamp housing and revised front grille. The biggest change is on the rear end. The boot is redesigned with new two piece wraparound tail lamps which will give the enhanced styling at the rear. 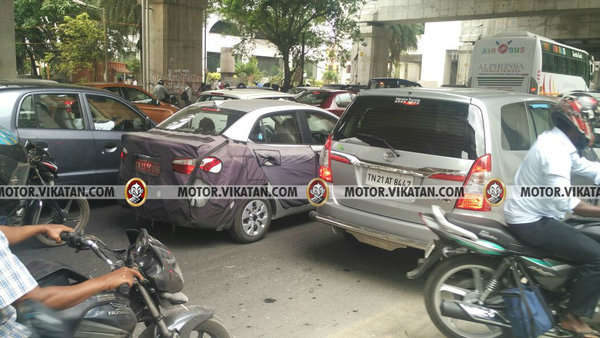 The changes are extended to the rear bumper, rear fender and boot lid.

On the inside the cabin will be carried from Grand i10 facelift and will get 7inch touch screen AVN with smart phone connectivity. Apple car play, Android Auto and Mirror Link will be offered on the Touch screen infotainment system. The system also features include voice command functionality.

Hyundai will also Rear camera with display on the infotainment system only top variants.

Under the hood the car will receive the new 1.2 CRDi diesel engine which comes with improved power, torque and higher fuel efficiency figures. The petrol engine will be 1.2 Kappa mated to a 5 speed manual and 4 speed Automatic. 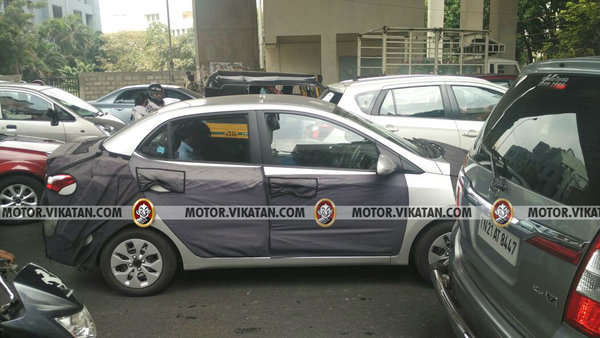 The Xcent compact sedan sales are average as compared to rival Swift Dzire. The car features good rear leg room and rear ac vents, but styling was one of the main reasons for low volumes.

Hyundai Verna seems to have won the minds of sedan buyers in the mid-size segment which was largely dominated by the Honda City and Maruti Suzuki Ciaz. New Hyundai Verna becomes Segment Leader for the […]

Country’s second largest carmaker Hyundai has launched the Xcent compact sedan in the Indian market. The Xcent will replace the Accent sedan which was the second most successful model from the South Korean car maker […]

Hyundai Motor India introduced the automatic option on the newly launched Grand i10 in India. The Grand i10 made its India debut on the 3rd of September and received an overwhelming response with over 20,000 […]